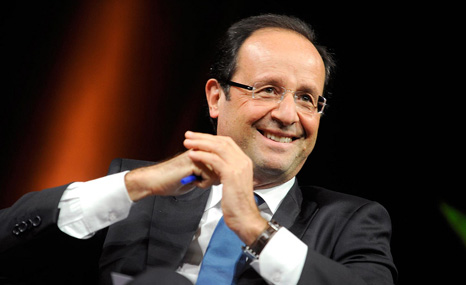 The USA is likely to determine whether a UN climate change deal set to be agreed in Paris next year is a success, one of the officials tasked with organising the summit has admitted.

“I am aware of the widespread American reluctance to embrace a fully-fledged UN Treaty,” she told an audience at Colombia University. “Yet a strong US commitment to a carbon-free growth pathway would be extremely helpful and announcements President Obama made … are quite positive.”

She added: “even big players like China or India will be quick to respond if they feel the US and Europe are serious about climate change action. They will feel it is time for them to move forward. And they may fear that if they don’t go along, their economies will fall behind.”

The USA and China are collectively responsible for nearly 50% of global emissions. Neither country committed to reductions under the Kyoto Protocol, the world’s only legally binding climate treaty.

Obama’s negotiating team have signalled they will announce new climate targets in the first quarter of 2015.

Intense preparations for the Paris summit are well underway, with French diplomats desperate countries arrive having already agreed on how they will reduce their own levels of greenhouse gas emissions.

In 2009 countries agreed to try and limit global warming to 2C above pre-industrial temperatures. Scientists say this will mean severe cuts to carbon pollution levels over the next decade.

Aubert said substantive progress in 2014 was essential for any agreement in Paris, adding that “early contributions” of specific emission reduction pledges would raise international ambitions.

National and business leaders will meet at a specially convened New York summit hosted by UN chief Ban Ki-moon in September, while a draft text for the 2015 deal is expected in November ahead of more talks in Peru.

Earlier this month the EU detailed its own package of proposals up to 2030, indicating it would aim to cut emissions 40%.

But in what may be taken as another sign diplomats have abandoned hopes for a tough treaty detailing the levels of cuts each country will make, Aubert said “some flexibility is needed” over how countries will make carbon reductions.

“The Paris agreement cannot be a “one-size-fits-all” deal. The contributions we are looking forward to may vary across countries. Their schedule and substance cannot be the same,” she said.

“But in the end of the day, the ‘bottom up’ and the ‘top down’ approach should converge : without a binding agreement between governments, no global deal will be strong enough to persuade national and local players to stick to their commitments.”