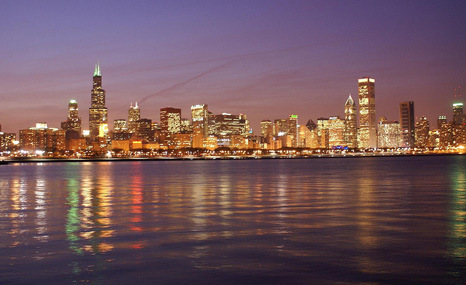 Chicago is one of the 10 cities signed up to the City Energy Project (Pic: Nimesh M/Flickr)

They say investing in energy efficiency schemes at city level could collectively save them $1 billion a year, and improve the quality of life for urban residents by reducing energy bills and improving air quality.

The city chiefs have all signed up to the City Energy Project, backed by the Natural Resources Defense Council NGO and Washington DC-based Institute for Market Transformation.

“More energy efficiency means new jobs and continued economic growth, and a more sustainable City, which will lead to a further increase in the quality of life for the people of Chicago.” said Chicago Mayor Rahm Emanuel, formerly President Barack Obama’s Whitehouse chief of staff.

Buildings contribute around 40% to the USA’s greenhouse gas emissions, a figure that increases to 75% in cities. According to the Whitehouse, 25 US states currently have energy efficiency plans, while 35 have renewable energy targets.

No city has a monopoly on great ideas. The #energy solutions from these cities will be replicated around the world: http://t.co/ghtg67Umol

The USA has pledged to cut its emissions 17% on 2005 levels by 2020, but Obama will be under pressure to deliver a higher target for 2030 when countries start their final negotiations for a global climate change deal, which is set to be signed in Paris in December 2015.

Former New York Mayor Mike Bloomberg, who is one of the main backers of the CEP initiative, said it will allow the USA’s cities to boost economic productivity and accelerate development by working together.

“New York City’s sustainability efforts are a major reason our greenhouse gas emissions are down 19 percent since 2007 and our air is cleaner than it has been in more than 50 years. They have also substantially driven down energy costs for consumers,” he said. 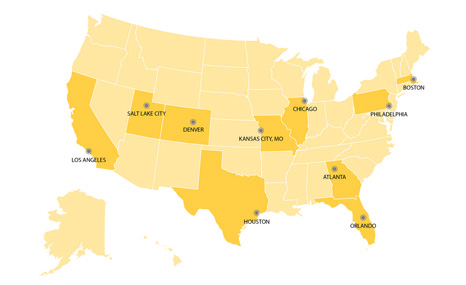 The CEP is projected to cut a combined total of 5 million to 7 million tons of carbon emissions annually (Pic: cityenergyproject.org)

Leaders of 40 of the world’s major cities meet next week in Johannesburg for the C40 Mayor’s Summit. Globally urban areas are responsible for around 80% of carbon emissions, and C40 data  indicates that C40 Cities are on track to reduce their collective annual emissions by 248 million tonnes by 2020.

UN climate chief Christiana Figueres, who will attend the meeting, says the role of Mayors in generating national action will be increasingly critical as the deadline for a UN deal in 2015 draws closer.

“As we approach 2015, now is the time for city leaders to interact more effectively with national governments, to ensure coherence in the design, and collaboration in the implementation of climate change policies and measures,” she said.

“Only by concertedly contributing to the growing groundswell of climate action can we meet the needs of current citizens and the expectations of future generations.”