China says more needs to be done to raise use of electric cars, but infrastructure remains lacking 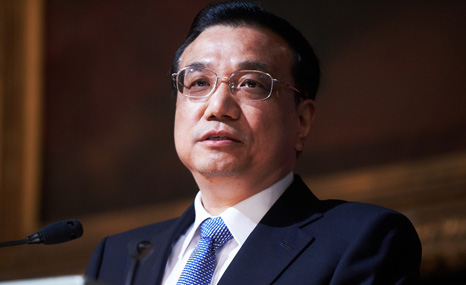 China’s premier said the government should use electric cars and buses in order to help improve pollution levels in the country’s major cities.

The use of coal in power stations, homes and factories is often cited as the main culprit for China’s dire air quality, but the explosive growth in car use and urban transport has also contributed to pollution that has become a major concern in fast-expanding megacities such as Beijing, Shanghai and Tianjin.

In a statement posted Monday on the central government’s website, Premier Li Keqiang publicly backed the use of electric vehicles on a visit to electronics and auto company BYD.

“New energy vehicles, especially buses, can help to improve urban pollution and noise problems in cities; everyone should use it. The government should play an exemplary role. In the face of growing environmental pollution, we have to face these problems,” the statement said.

As part of a wider crackdown against the indulgent lifestyles of some Communist party officials, central government has been encouraging cadres to buy domestic brands for official use rather than pricier foreign models.

Very few of the millions of cars bought by party officials are likely to have been electric, as  just 40,000 such vehicles were in use in China as a whole by  March 2013, 80% of which were in public transportation, according to government figures.

Around 18 million new petrol or diesel cars were sold in China last year. This means use of electric cars will have to ramp up rapidly if China is to meet its goal of having 5 million electric vehicles in use by the end of the decade.

Analysts say a roll-out of charging stations is needed before low-carbon motoring can make a big impact.

According to the UK-based Climate Group, which campaigns for a shift to a low carbon economy, moves by central government should mean that more electric vehicles are seen on Chinese streets, but only if the right infrastructure is in place.

“Building up the new infrastructure to accommodate electric vehicles, charging remains at the piloting stages. To address those barriers, sharing and learning from other countries’ experiences becomes critical,”  said Changhua Wu, a director with the Climate Group.

China last September introduced subsidies for electric cars, but provided few details on how these could be powered up on the move in China’s vast and traffic-clogged major cities.

The slow progress so far of electric cars in the world’s most-populous country doesn’t appear to deterred fast-growing US auto firm Tesla, which expects sales in China to match those in the US by 2015 and could possibly build a plant there, according to a report by Bloomberg.

The firm also plans to fund a network of charging stations in larger Chinese cities.

But the green credentials of electric cars in China are compromised by the country’s reliance on coal-fired power, which supplies almost 70% of the country’s electricity grid.

That means that a massive growth of electric cars in China would mean more demand for power, making it more difficult to cut air pollution, the very problem cited as behind the move towards rechargeable cars.