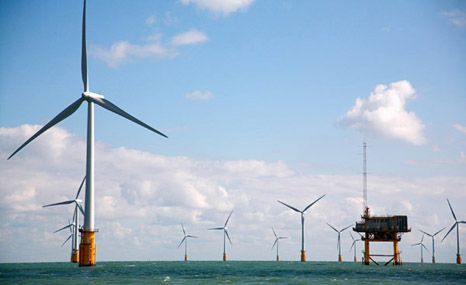 The United Arab Emirates has pledged US$41 million in loans for renewable energy projects in developing countries.

The money will finance 35 MW of renewable power in rural communities across the world that currently lack access to electricity.

Countries including Ecuador, Sierra Leone, the Maldives, Mauritania, Samoa, and Mali will likely benefit, with the money financing projects such as small scale hydro plants and waste-to-energy generators.

The $41 million is the first installment of a larger scheme that will see $350 million in loans from the UAE government, channeled through the independent Abu Dhabi Fund for Development (ADFD).

“We believe in supporting developing countries and help them deploy renewable energy as a substitute to traditional energy that has negative effects on humans and the environment,” said Mohammed Saif Al Suwaidi, Director-General of ADFD.

Final funding decisions will be dependent on findings from the International Renewable Energy Agency, which will assess the impact and benefits of the proposed projects.

The money will finance up to 50% of each project, with the remainder to be provided by banks, international financial institutions and other development partners.

Currently, the UAE has one of the world’s largest per capita carbon footprints and is a major oil producer.

However, it is unlikely that any further major oil discoveries will be made, although enhanced oil recovery techniques are helping to increase the rate of extraction from the country’s mature oil fields.

The country is aiming to produce 7% of its electricity from renewable sources by 2020, and is currently developing Masdar, a flagship urban development project, which aims to be the world’s first carbon neutral city. It is scheduled to be finished by 2016.