Renewable energy lobby says the world can double use of wind, solar and other low carbon sources 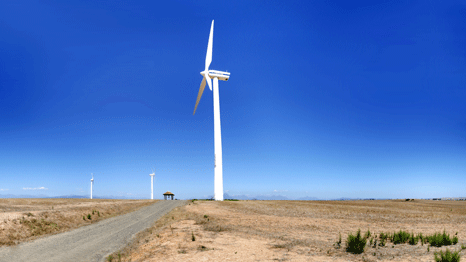 A strong carbon price and removal of subsidies could help double the share of renewable energy in the global energy mix to 30% at almost no extra net cost, supporters of solar, wind and hydro told a clean energy summit today.

Buildings, industry and transport would offer the biggest potential for growth in renewables if governments phased out financial incentives for the use of coal, gas and oil, the International Renewable Energy Agency (IRENA) said in a report at the World Clean Energy Summit in Abu Dhabi.

“There is a strong economic case for the renewable energy transition. When considering climate change mitigation, health impact and job creation, the transition practically pays for itself,” said Adnan Z. Amin, IRENA’s Director-General.

However groups such as IRENA will have to overcome growing scepticism that public funding for wind, solar, biomass and other forms of renewables is worthwhile because of intermittent supply, high costs and disputes about the impact of big projects such as large windfarms.

In Germany, much of the cost of new wind farms and solar panels has been passed onto households, while weak wholesale prices have meant less revenue for utilities to reinvest in low carbon energy projects.

At the same time, many large emitting countries have  provided incentives to fossil fuels, such as low coal prices for industry in Russia or artificially cheap petrol and diesel prices in many Middle Eastern countries.

But removing price controls for commodities is often highly unpopular, particularly in poor countries where heating, power and transport eat up a much higher share of income than in richer nations.

On Wednesday the European Commission is likely to propose how much of its power use should come from renewables  by 2030, a discussion that comes against the backdrop of disagreement among member states on whether they should be subject to specific quotas.

“A rethinking of energy taxes and subsidies is critical to the economic case for renewable energy. A reduction of fossil fuel subsidies will facilitate the uptake of renewables.

“Subsidies for renewable energy can disappear altogether, if greenhouse gas emissions and other air pollution are reasonably priced,” the IRENA report added.

It recommended that local and city governments establish clear goals for the use of renewable targets, improved access to financing and the development of smart grids that would manage varied supplies of wind and solar power over large areas.

Although countries such as China have used central planning, subsidies and targets to promote a big roll-out of renewable energy projects, the growth in the use of coal has so far offset the growth in wind, solar and hydro power, raising concern that world is being locked into runaway climate change.