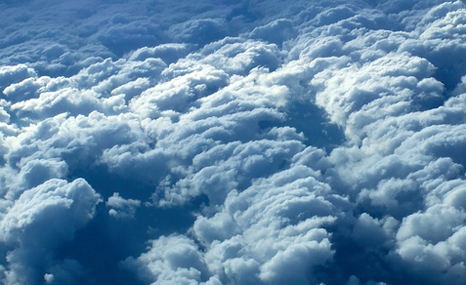 Geoengineering – the frustrated climate scientist’s last-ditch solution to global warming – is not likely to be a very popular choice.

Members of the public have “a negative view” of deliberate large-scale manipulation of the environment to counteract climate change, according to new research in Nature Climate Change.

Geoengineering has been repeatedly proposed as a response to the steady build-up of carbon dioxide in the atmosphere, and increasingly cited as a potential necessity as global emissions from fossil fuels have continued to increase.

If political action fails, some scientists reason, then perhaps technology could stop global average temperatures from getting too high.

Among these options is the injection of aerosols into the stratosphere to block or dim the sunlight, or the release of reflecting devices in Earth orbit to actually reflect sunlight away from the planet, on the principle that if you can’t turn down the atmospheric temperature, you could at least put up a sunscreen to cool the planet a little.

Such ideas have failed to find universal favour in the scientific community, if only because such action could seriously upset rainfall patterns and trigger disaster in the arid parts of Africa.

But until now, nobody has seriously put the question to the public. Ordinary people don’t like the idea, say Malcolm Wright and Pamela Feetham of Massey University in New Zealand, and Damon Teagle of the University of Southampton, UK.

They consulted large samples of opinion in both Australia and New Zealand, and found “remarkably consistent” responses from both countries, “with surprisingly few variations except for a slight tendency for older respondents to view climate engineering more favourably,” says Pamela Feetham.

The trio report in Nature Climate Change that where there had been engagement with the public, this had been “exploratory, small-scale, or technique-specific.”

So the researchers tried another approach, one used by big corporations to evaluate marketing brands. Such approaches use psychological techniques to find out what people associate with different ideas, and have done so successfully for two decades.

The researchers systematically examined and compared in a controlled fashion the public reaction to six potential climate engineering techniques, among them, for instance, robot ships that would spray seawater droplets over the ocean to reflect sunlight – it’s called cloud brightening – and air capture, the design of structures to filter CO2 from the air.

They found that people were not in favour of deflecting or blocking sunlight, but were more likely to have positive reactions to techniques that might reduce carbon dioxide levels.

“It was a striking result and a very clear pattern”, said Professor Wright. “Interventions such as putting mirrors in space or fine particles in the stratosphere are not well received.

More natural processes of cloud brightening or enhanced weathering are less likely to raise objections, but the public react best to creating biochar (making charcoal from vegetation to lock in CO2) or capturing carbon directly from the air.”

The message is that if scientists want to save the planet by climate engineering, they had better ask around first. “If these techniques are developed the public must be consulted”, said Professor Wright.

“Our methods can be employed to evaluate the responses in other countries and reapplied in the future to measure how public opinion changes as these potential new techniques are discussed and developed.”