Women and under-30s most concerned about climate change 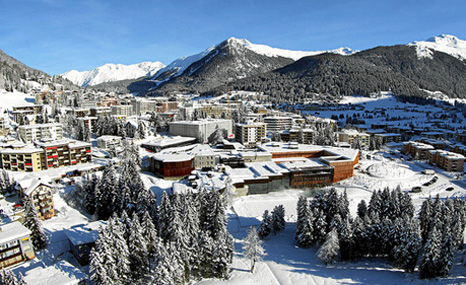 Women and the under 30s are more concerned about the potential impacts of climate change than men and older generations.

That’s one of the findings of a report published today by the World Economic Forum (WEF), a week ahead of its annual meeting in Davos.

It rates environmental crises linked to climate impacts in its top ten global risks of 2014, based on a survey of 700 global experts.

“Female respondents perceived almost all global risks as both more likely and more impactful than did males, especially in the environmental category,” the study says.

Extreme weather events and climate change both scored highly in the WEF’s analysis of the most likely and impactful risks over the next 10 years.

The report’s authors say this underlines the need for governments to agree on ways to urgently reduce global greenhouse gas emissions, which are blamed for rising global temperatures.

But they also suggest that a legally binding treaty on climate change may not be the best strategy for addressing the problem, arguing that simpler and regional agreements may be more effective.

“Such a heterogeneous and diverse intergovernmental and public-private response to the climate-change risk could offer more resilience and flexibility to the dynamic challenge of climate change than a homogenous, single global framework,” they say.

The report also warns against banking on adapting to climate impacts as a ‘Plan B’ if talks at the UN break down. It says this strategy is likely to hurt emerging markets and hit developing countries the hardest.

“According to the latest Notre Dame-Global Adaptation Index, it will take more than 100 years for the world’s poorest countries to reach the current adaptive capacity of higher-income OECD countries,” it says.

“The World Bank estimates the cost of climate change adaptation for developing countries at US$ 70-100 billion per year through to 2050.”

The organisers of next week’s meeting in Davos plan to dedicate a full day’s discussion to climate change, which is starting to rise up the agenda of political and business leaders ahead of next year’s scheduled UN climate agreement.

“Each risk considered in this report holds the potential for failure on a global scale; however, it is their interconnected nature that makes their negative implications so pronounced as together they can have an augmented effect,” she said.

“It is vitally important that stakeholders work together to address and adapt to the presence of global risks in our world today.”