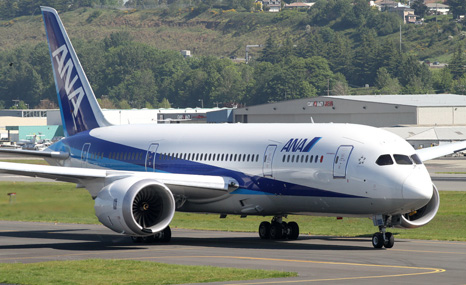 Biofuels currently used in cars and trucks could be used to power planes, according to leading aircraft manufacturer Boeing.

It says Green Diesel, which is derived from vegetable oils and fats, is chemically similar to aviation biofuels and releases 50% less carbon dioxide than oil-based fuels over its lifecycle.

“We are collaborating with our industry partners and the aviation community to move this innovative solution forward and reduce the industry’s reliance on fossil fuel.”

Boeing says it is seeking approval from the US Federal Aviation Administration for aircraft to fly on green diesel, but admits current levels of production would only be able to provide 1% of global jet fuel demand.

Rising oil prices and the threat of an aviation carbon trading scheme have forced companies to consider ways of powering planes through various types of fuel.

The International Air Transport Association (IATA) has set an ambitious target to halve net 2005 emissions levels by 2050. Figures from PwC indicate this requires efficiency savings of 5.1% a year.

Aviation expert Professor David Lee from Manchester Metropolitan University told RTCC various forms of biofuels could offer anything between 10-25% of the fleet’s liquid volume requirement by the middle of the century.

“Biofuels are a realistic prospect. They can’t be produced in sufficient volumes yet, but they may start to make a difference if pursued vigorously by about 2040-2050,” he said.

Green Diesel is frequently described as one of the cleaner members of the biofuels family, but still faces some of the same issues – including the need to sustainably source raw materials.

In theory biofuels can offer a ‘zero net emissions’ source of fuel, but in practice this depends where they are produced and what plants are used.

Critics say the growth of the biofuel industry is linked to land grabs in poorer parts of the world, as well as rising levels of hunger, as agriculture is switched from food to fuel crops.

The impacts of climate change may also play a role in determining the success of biofuels – drought or excessive rainfall in growing areas may mean some crops are unsustainable.