Over 300,000 residents forced to use bottled water and avoid showers due to widespread contamination of Elk River 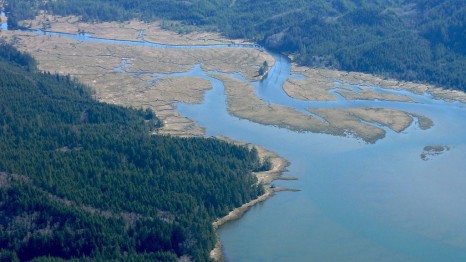 The US coal industry looks likely to come under increasing scrutiny from federal government after the release of a highly toxic chemical into a river in West Virginia a meant around 300,000 residents couldn’t drink tap water, prompting a State of emergency in some areas.

Water restrictions were imposed late last week after it was discovered that 7,500 gallons of a chemical used to clean coal leaked out of a storage tank owned by Freedom Industries in the Elk River, near the West Virginia American Water plant.

The spill could further lower the standing  of coal mining in the US, where pollution from mines and burning of the fossil fuel has in recent years prompted a raft of legislation by the Federal government, prompting some older, less profitable mines to close.

“The reputation of the coal industry among some in Washington couldn’t be much worse, but a major incident of this sort doesn’t help,” said Ted O’Brien, a consultant on the US coal industry.

However local coal producers were quick to point out that a chemical company was the source of the spill, rather than the mining industry.

The US is the world’s second-biggest consumer of coal and a major exporter of the fossil fuel, and enjoys strong political support in states such as West Virginia, Kentucky, Indiana and Montana, where mining provides badly-needed jobs.

But the fuel is seen as the biggest contributor to manmade climate change, meaning that countries most at risk of global warming want to the see US and other rich countries move away from fuel and pay compensation for rising sea levels.

Residents in West Virginia, one of the main coal-producing states in the US, were told to use bottled water to wash hands, brush teeth or take showers after the spill.

Officials warned water customers to be on alert for ill-effects from the chemical, such as skin irritation, nausea, vomiting or shortness of breath.

The US coal industry went on the offensive against the Obama administration last year, saying that the President and federal government watchdog Environmental Protection Agency has declared a “war on coal” that would lead to widespread job losses and higher energy prices.

Ironically, the chemical blamed for poisoning water supplies in West Virginia was only introduced in response to EPA regulations requiring coal to be cleaned before being used in steelmaking.

For coal burnt in power stations, the US wants older, more polluting coal-fired power plants to close unless they install expensive new technologies to filter out soot and other pollutants, while utilities using the fuel will be subject to tighter CO2 emissions standards.

Booming demand for US coal in Europe, where the cost of carbon permits traded at a record low last year and gas prices remained high, has kept many North American mines open.

And a recovery in gas prices in the US last year – after sinking to multiyear lows in 2012 – prompted some utilities to switch back to coal, meaning that emissions in the world’s largest economy could be up 2 percent in 2013, the US government said over the weekend.

Figures from the Energy Information Agency showed that coal’s share in the US energy mix rose to 39 percent of electric power generation last year, compared with 37 percent in 2012, while natural gas fell from 30 percent to 28 percent, a trend that is seen likely to continue this year as natural gas prices trade at 2 year highs.

Analysts said that the extremely cold weather seen in the US last week was unlikely on its own to have a big impact on the country’s emissions this year, but that the surging demand for heat and power was a reminder that coal-fired power is likely to remain an essential part of the energy mix.

“A lot of natural gas wells were inoperable during the Polar weather, meaning that utilities were increasingly reliant on coal to fire-up plants that had been previously mothballed. Had those coal plants been closed permanently, generators could have found themselves in deep trouble,” O’Brien said.