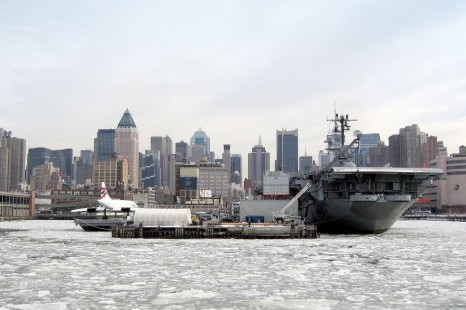 It’s by now a no-brainer to say that what we think about climate change is often influenced by what we know of weather change. On a cold day many of us are much less ready to agree that the climate is changing than we are on a warm one.

But now researchers have gone a stage further, trying to establish just why we react to these topical prompts rather than to the evidence of long-term change. And In a series of surveys, they have found that we often respond to the most accessible and immediate information – whether on temperature or something else – that we can find.

The research, published in Nature Climate Change, was completed by the Center for Research on Environmental Decisions (CRED) at Columbia University’s Earth Institute.

One survey examined several possible influences on perceptions of the climate, for example testing 686 people on whether individual words could alter their reactions on a very warm day. But the researchers found that speaking of “global warming” rather than “climate change” made little difference.

Another survey gave around 330 respondents information on the scientific distinction between local temperature and global climate change, while a control group – a different set of respondents, used to draw comparisons – received information unconnected to climate. Yet greater knowledge about how climate works made very little difference to how that day’s weather affected the respondents’ views on climate.

So as well as asking about the current temperature they asked 300 participants to do a word puzzle which included several heat-related terms. This “priming” with extra “accessible” information did increase levels of belief in climate change.

In another test they asked 251 people about the previous day’s temperature (which was by then a memory), and found it did not influence their beliefs about climate change in the same way that the current day’s temperature did: that was a matter of immediate experience.

In a final survey of 270 people, asking what they recalled of warmer-than-usual events, the researchers found that one unusually warm day could prompt memories of other similar days and could lead people to overestimate the frequency of such exceptionally warm days.

The lead author of the study, Lisa Zaval, a graduate student in psychology at Columbia University working with CRED, said the survey’s findings about warm weather events could apply to cold ones, too. “Our data suggest that perceiving today’s local temperature to be colder than usual can lead to decreased belief in and reduced concern about global warming”, she said.

“Strengthening the association between… cold weather, or extreme weather fluctuations, and climate change in people’s minds might be a good step.”

Her team’s report sounds a similar note: “If the United States is to take a stronger stance against climate change, forecasters may be well advised to make increasing warming abnormalities more cognitively available to the general public.” In other words: in a warming world, prepare for all sorts of surprises.