Despite recent floods, research by scientists says droughts are set to increase across Europe due to climate change 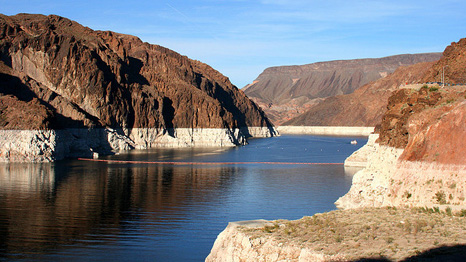 Droughts will be more frequent and intense across Europe by the end of the century, new research has warned, as storms continue to cause mayhem across the continent.

A paper, published today in the journal Hydrology and Earth System Sciences, says that climate change will increase periods of water deficiency by up to 80% along the Iberian Peninsula and in Italy, the Balkans and the South of France.

This will be further exacerbated by intensive water use, which researchers found would increase the shortages by anywhere between 10 and 30% in southern, western and central Europe, as well as in some parts of the UK.

The study was carried out by researchers from the European Commission’s Joint Research Centre and the University of Kassel in Germany.

“Our research shows that many river basins, especially in southern parts of Europe, are likely to become more prone to periods of reduced water supply due to climate change,” says Giovanni Forzieri, a lead author of the study.

“An increasing demand for water, following a growing population and intensive use of water for irrigation and industry, will result in even stronger reductions in river flow levels.”

A study by the World Resources Institute last month ranked Spain at 40 in a list ranking countries based on water scarcity. Italy came in at 53.

In the paper released today, the scientists’ models suggest that the low point of water in streams and rivers could decrease by up to 40%. These models were run up until 2100 for all river basins in Europe to give a full picture of how drought conditions may change in magnitude and severity across the whole continent.

While the present heavy rain and floods may make it seem a distant memory, much of England and Wales experienced a prolonged period of below average rainfall from 2010 to early 2012, which led to a hosepipe ban being imposed on about 20 million people in April 2012.

Over the past three decades, the cost of drought has amounted to over €100 billion in Europe alone. Water scarcity impacts sectors including public water supply, agriculture and energy production, which requires huge volumes of water in order to keep the systems cool.

Forzieri adds: “The results of this study emphasise the urgency of sustainable water resource management that is able to adapt to these potential changes in the hydrological system to minimise the negative socio-economic and environmental impacts.”