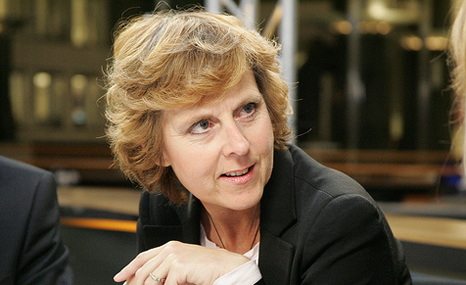 In an article on the European Commission’s climate website, Hedegaard said Europe’s green sector – estimated to employ 3.5-million people – would have most to lose if the EU fails to agree deeper cuts to its emissions of greenhouse gases by the end of the next decade.

Turning the concept of ‘carbon leakage’ on its head, the EU’s climate commissioner said climate-friendly industries such as makers of wind turbines, solar panels and energy-saving devices would lose out to foreign competitors if opponents of tough targets have their way.

“Without ambitious climate polices, Europe will fail to attract investments in rapidly innovating economic sectors and the high-quality jobs we so badly need. Europe is leading the low-carbon technology race, but other international players are catching up fast,” Hedegaard wrote.

She added: “Maybe we should be a bit more concerned about the risk of low-carbon leakage.”

Europe was hamstrung by slow economic growth in 2013, raising concerns in some member states that the bloc was failing to take full advantage of a boom in renewable energy in developing countries such as China and India.

But energy intensive industries such as cement and steel, and coal-dependent member states such as Poland, have long argued that binding, deep targets threaten jobs in traditional sectors by handing competitive advantage to countries that would be making a much weaker effort to cut emissions.

But Hedegaard said that current safeguards in place, such as free carbon allowances for energy intensive industries, had given strong protection against carbon leakage.

“Carbon leakage is an important risk but it shouldn’t be exaggerated,” the EU commissioner said.

Last month ministers from eight EU member states urged policymakers in Brussels to include a ‘robust’ target for the use of low carbon technologies in its 2030 energy and climate plan, amid concerns that a binding requirement will be left out.

The ministers from Germany, France, Italy, Denmark, Belgium, Austria, Ireland and Portugal wrote the letter to Hedegaard and Energy Commissioner Günther Oettinger urging a 2030 renewable energy target to give greater certainty to investors and allow “efficient planning and expansion of the European grid”.

A link-up between between Europe’s energy grids is seen as critical if the EU is to harness the full potential of wind, wave and solar energy and help to lower reliance on imports of increasingly costly fossil fuels.

Rising prices for imported gas helped drive up household energy bills last year, and became a touchstone issue in countries such as the UK, where the government promised it would do more to reduce the cost of energy amid opposition claims of a ‘cost-of-living crisis’.

“Would it not be wise – also economically – to bring down those sorts of bills by saving and producing energy here in Europe?,” Hedegaard said in her article, adding that Europe is by far the world’s largest importer of fossil fuels.

However European policymakers will also have to grapple with the impact that 2020 binding renewables targets have had on retail energy prices in countries such as Germany.

There, households have had to foot a large part of the bill for new wind turbines, solar panels and biomass plants.