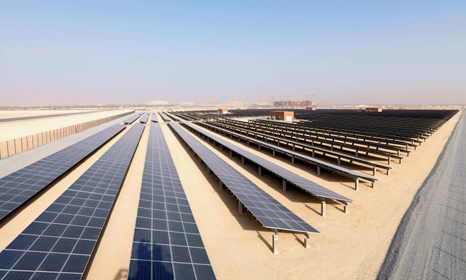 China’s ambition to become the world’s largest solar power generator has been boosted with news that Trina Solar plans to build a one gigawatt plant in the Xinjiang region.

The company made the announcement on Monday, with work expected to commence early this year.

Nuclear power plants typically have a capacity of 1GW , while the vast Three Gorges Dam is rated at 22GW.

According to state news agency Xinhua, China installed 10GW of solar photovoltaic in 2013, including the world’s highest solar plant, a 10 megawatt plant in Tibet.

The government plans to increase its overall capacity to 35GW by 2015, as it seeks alternatives to coal, which is linked to polluting smogs in Beijing and Shanghai.

Last year it announced a $294 billion funding package for renewables up to 2015.

Analysts at Solarbuzz believe 49GW of capacity could be installed around the world over the next 12 months.

Separately, the UK government is expected to release an updated solar strategy shortly, which will set it on course to develop 22 gigawatts of solar power by 2020.

According to the Daily Telegraph, energy and climate minister Greg Barker is set to announce plans to build four million solar panels covering land the size of 3,400 football pitches on government property.