Emissions of the main greenhouse gas produced by human activities, carbon dioxide, in 2013 nearly two-thirds higher than in 1990 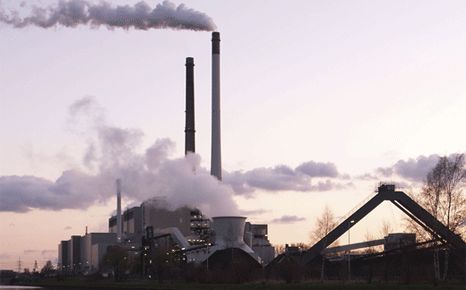 Global carbon dioxide emissions are likely to hit 36 billion tonnes in 2013, according to new research from the University of East Anglia in the UK.

The Kyoto Protocol was agreed by most of the world’s concerned nations, anxious to reduce carbon dioxide emissions and contain warming to a global average of 2°C. So the 2013 carbon budget is not being hailed as a great success.

“Governments meeting in Warsaw this week need to agree on how to reverse this trend,” said Corinne Le Quéré of the university’s Tyndall Centre for Climate Change, who led the Global Carbon Budget report for 2013, compiled by 49 authors from 10 countries.

She was speaking before the start of last month’s UN climate talks in the Polish capital.

“Everyone can explore their own emissions, and compare them with their neighbouring countries…”

“Emissions must fall substantially and rapidly if we are to limit global climate change to below two degrees. Additional emissions every year cause further warming and climate change.”

The Tyndall Centre has also launched the Global Carbon Atlas, an online platform that identifies the biggest carbon emitters. “Everyone can explore their own emissions, and compare them with their neighbouring countries – past, present and future,” said Professor Le Quéré.

China is the biggest contributor, with 23%, followed by the US at 14% and the European Union at 10% and India at 6%. Emissions per person put these figures into another perspective: people in China and in the EU each released seven tonnes per head in 2012.

The US remains the highest emitter with 16 tonnes per capita; people in India, by comparison, release only 1.8 tonnes each.

Coal remains the biggest source of carbon dioxide at 43%; oil 33%, gas 18% and cement 6.3%. Since 1870, humans have released 2,105 billion tonnes of carbon dioxide into the atmosphere – 70% from fossil fuels and 30% by chopping down forests and changing the patterns of land use.