West Antarctic ice loss has accelerated over past four years 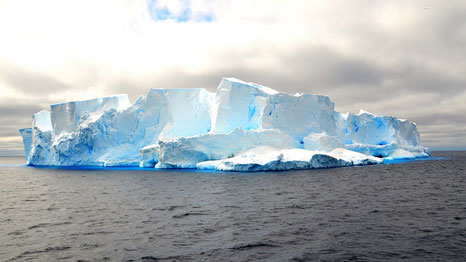 Ice is being lost over the West Antarctic ice sheet at a faster rate.

The European Space Agency’s Cryosat – a satellite with a radar altimeter that can peer through the clouds and see in the dark – has confirmed  that 150 cubic kilometres of ice are drifting into the Southern Ocean each year: a much faster rate than the calculation for 2010.

After observations between 2005 and 2010, gathered by 10 different satellite missions, Antarctic scientists and oceanographers calculated that the melting of ice from the West Antarctic peninsula was causing global sea levels to rise by 0.28mm a year. The latest survey suggests this rate is 15% higher.

The figures were revealed at the autumn meeting of the American Geophysical Union in San Francisco. Most of the ice loss comes from glaciers flowing into the Amundsen Sea.

“We find that ice thinning continues to be most pronounced along fast-flowing ice streams of this sector and their tributaries, with thinning rates of between four to eight metres per year near the grounding lines – where the ice streams lift up off the land and begin to float out over the ocean – of the Pine Island, Thwaites and Smith glaciers,” said Malcolm McMillan of the University of Leeds in the UK.

The increase could be due to faster thinning – or it could be down to more accurate measurement, because Cryosat has more advanced instruments and circles the planet in a near-polar orbit, to cross territory no other observers could hope to see.

Cryosat will be followed by another series of European satellites, to be launched from 2014 onwards. Each of these Sentinels – that is their name – will have synthetic aperture radar instruments that will monitor a 250 kilometre-wide strip of the globe with each orbit.

They will work in pairs and not just keep an eye on polar ice but will cover Europe and Canada as well every one to three days, and watch, too, the main shipping routes, whatever the weather.