Fracking could cause birth defects, infertility and cancer

US study shows fracking uses harmful chemicals, putting at risk children who are exposed to contamination 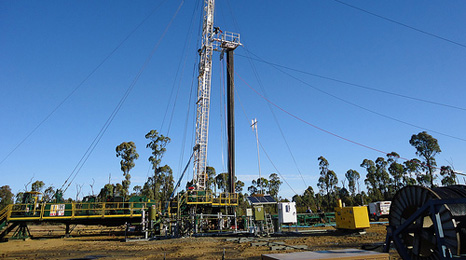 Fracking uses chemicals that could cause birth defects, infertility and cancer, a study by US scientists has shown.

The controversial technology, already widely used to recover shale gas in the US, uses over 700 chemicals. Some of these, called endocrine-disrupting chemicals (EDCs), disturb how the body’s hormones function, and have been linked to birth defects and cancer in previous studies.

This could pose a danger to people who live near fracking sites, says Susan C. Nagel from the University Missouri, who was one of the authors of the study.

“With fracking on the rise, populations may face greater health risks from increased endocrine-disrupting chemical exposure.”

The study will be published in the journal Endocrinology.

Scientists compared areas of heavy drilling in Colorado’s Garfield County, where there are over 10,000 gas wells, with areas where shale gas recovery is sparse at Boone County in Missouri.

Water samples taken from the drilling sites showed a higher level of the hormone-disrupting chemical, showing up quantities that could interfere with the body’s response to testosterone and the reproductive hormone oestrogen.

“We found more endocrine-disrupting activity in the water close to drilling locations that had experienced spills than at control sites,” said Nagel.

“This could raise the risk of reproductive, metabolic, neurological and other diseases, especially in children who are exposed to EDCs.”

She adds that, in the US, there are no federal regulations to protect water quality affected by the fracking process, in spite of studies showing its impact upon groundwater.

Politicians have promised a tighter legislative framework should the technology proceed in the UK.

@rtcc_edking Any chemicals used in fracking would be risk assessed prior to use.

An independent assessment for the UK government today said that large scale shale gas production by the 2020s could boost the UK’s energy security and contribute to economic growth, while ploughing almost £1 billion into local communities through benefit schemes.

While Chancellor George Osborne stood firmly alongside the fracking industry with the announcement of financial support in his autumn statement, environmentalists are opposed to the technology, which they say risks locking the UK into another source of non-renewable energy.

Energy Minister Michael Fallon said today at the launch of the government’s report that there could be large amounts of shale gas available across the UK, but we won’t know for sure until further exploration has taken place.

“It is an exciting prospect, which could bring growth, jobs and energy security.

“But we must develop shale responsibly, both for local communities and for the environment, with robust regulation in place.”