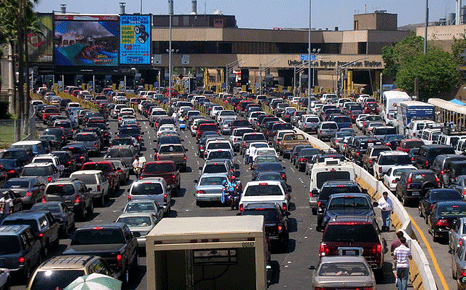 That’s the finding of the World Resources Institute in a new report, which says Bus Rapid Transit (BRT) systems are high-quality, efficient and offer capacity and speed comparable with urban metro systems.

As of October 2013, over 29 million passengers rode BRTs daily in 163 cities, with an additional 143 BRT systems currently being implemented or expanded.

“Our analysis shows the wide variety of benefits BRT can have on quality of life,” said Dr. Robin King, Director of Urban Development and Accessibility for EMBARQ and co-author of the report.

“In addition to saving people thousands of hours on the road, BRT is safer and causes less pollution than business as usual. With the findings and methodology we present, city officials can make better informed choices when shaping the future mobility of their cities.”

In Bogota, the implementation of TransMilenio combined with new regulations on fuel quality is estimated to save nearly 1 million tCO2 per year, which includes a 43% decline in sulphur dioxide emissions, 18% decline in NOx, and a 12% decline in particulate matter.

Dr King told RTCC that another benefit is that BRT systems can be built faster than metro systems: “People need to move around now, they can’t necessarily wait for a metro system to be built.”

BRT systems have become an attractive financial investment opportunity, with HSBC bank one of the first to jump on board.

Graham Smith, director of project and export finance at HSBC told RTCC that the bank has always been open to bus transport projects.

“HSBC is quite unique among banks in having had a long standing historical connection with BRT. The first ever BRT [in 1975] was, and still is, based in Curitiba where HSBC’s Brazilian headquarters is located.

“This has meant HSBC being more open minded when bus transport projects are being suggested as an option, or as a solution for public transport, because we have seen it enacted very successfully.”