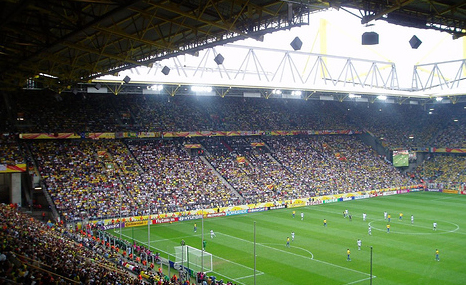 1 – FIFA to offset all emissions from Brazil World Cup
The 2014 World Cup in Brazil will dump 2.72 million tons of carbon dioxide into Earth’s atmosphere, according to the International Federation of Association Football (FIFA). But Federico Addiechi, the head of sustainability, has pledged to completely offset 100% of the CO2 produced during the games, reports Grist.

2 – Chinese pilots told to learn to land in smog
Any pilots flying into Beijing’s international airport must be trained how to land in poor visibility, according to the Civil Aviation Authority of China. State media China Daily reports that as of January 1, pilots must qualify in using an instrument landing system which helps them to deal with a visibility of around 400m.

3 – China’s coal emissions caused quarter of a million deaths
Emissions from coal plants in China were responsible for a quarter of a million premature deaths in 2011 and are damaging the health of hundreds of thousands of Chinese children, according to a new study. The Guardian reports that the Greenpeace commissioned report comes at a time when air pollution is disrupting life in China, causing flights to be cancelled and schools to be shut down.

4 – Exxon says natural gas will be second most used fuel
Natural gas will overtake coal as a global energy source in the middle of the next decade, in part because of the environmental benefits it offers, according to ExxonMobil, the world’s largest oil and gas company. This is based on its annual forecasts of the energy outlook for the next three decades, reports the Financial Times.

5 – Poorest countries still a century behind the rich
It will take the world’s poorest countries more than a century to reach the same level of climate change readiness as rich countries, according to data from the University of Notre Dame. These countries include Cambodia, Kenya and Haiti, reports Sustainable Industries. The Philippines, which recently suffered from a catastrophic typhoon, is 40 years behind rich countries.