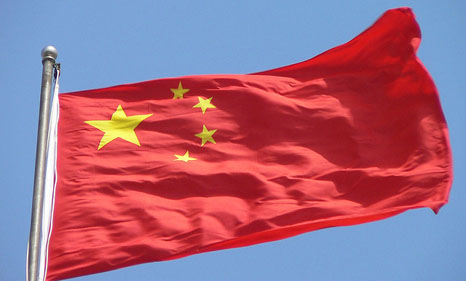 The effects of climate change have cost China US$32.9 billion since 1990, according to the National Development and Reform Commission, the country’s leading planning agency.

It warns the country is ill-prepared to deal with the consequences of global warming, and has outlined a national adaptation plan to ensure all sectors take the threat seriously.

The NDRC recommends further investment in developing resilient infrastructure, warning that 2000 people died in the past two decades as a result of extreme weather events.

“We have deep concern of the negative impacts of climate change, like other developing countries,” Li Gao, Climate Change Deputy Director General at the NRDC told RTCC last month.

“If you look at China we have a very long coastal line, and if you look at sea level rising, it will have a very big threat to our development. Typhoon Haiyan reminded the world adaptation is urgent.

“We think it’s the right time to pay more attention to adaptation, because the urgent thing is something that is happening.”

What many are calling China’s adaptation blueprint warns that the health of the population and the natural environment it relies on are at acute risk from changing conditions.

“Degraded ecosystems, threatened biodiversity, and a variety of infectious diseases” are major concerns it says, recommending that forests, grasslands, wetlands, and desert regions are better protected.

The plans, which are region specific, call for more support to be directed to farmers, highlighting rising levels of soil erosion, poor water management and a lack of access to drought-tolerant crops.

Agencies must make “full use of international funds for adaptation action” the NDRC say, suggesting that the funding potential of ‘catastrophe bonds’ and ‘climate-related service products’ also need to be explored.

Critically, the report says early warning systems that can help populations escape dangerous storms are “insufficient”, while water supplies, drainage, gas and telecommunications need to be designed to cope with severe climate impacts.