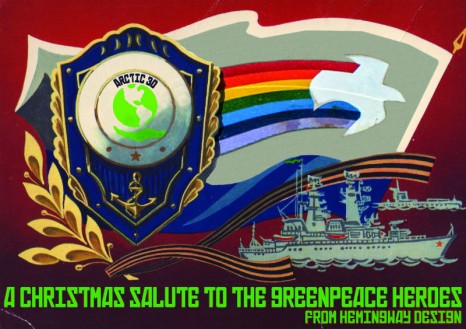 A set of Greenpeace Christmas cards are highlighting the plight of one of the more high profile victims of the melting of the Arctic ice – Santa Claus.

Including designs by Vivienne Westwood, Jarvis Cocker and Raymond Briggs, the cards lay out the terrible repercussions for the festive season should Santa’s grotto melt into the sea.

Greenpeace’s Arctic campaign flew into the news this year when 28 activists and two journalists were thrown into a Russian prison for protesting oil company Gazprom’s plans to drill in the Arctic, where a spill would prove almost impossible to clean up.

Raymond Briggs, better known as the creator of the ubiquitous Snowman, said: “Father Christmas has been having a dreadful time as the Arctic sea ice melts because of climate change. I feel strongly that we should all do what we can to shine a light on this important issue, which in time will affect all of us no matter where we live.”

Vivienne Westwood added: “My thoughts have been with the Arctic 30 ever since they were arrested. It’s just unacceptable to stay silent while innocent people are facing jail sentences.”

Send your own Christmas card via the Greenpeace website. 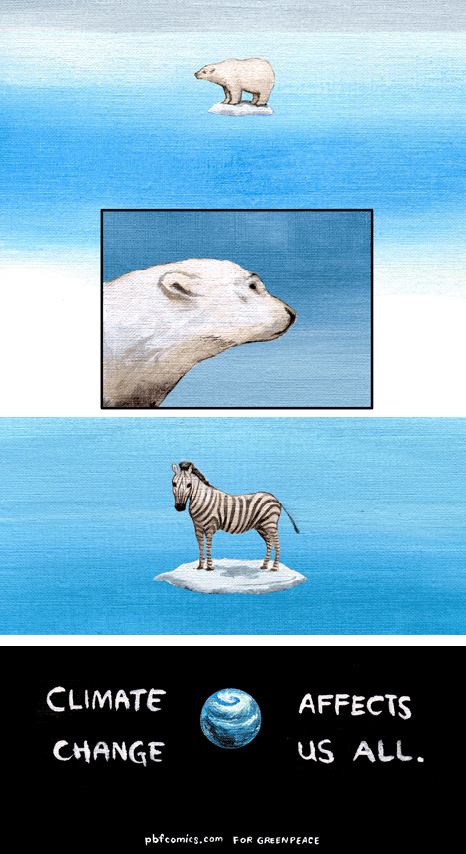 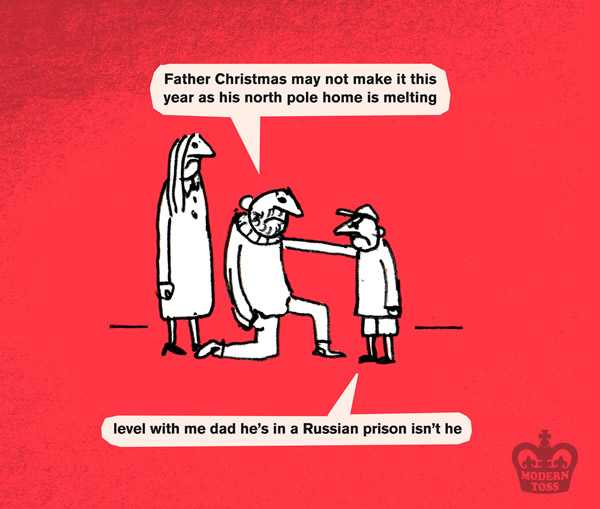 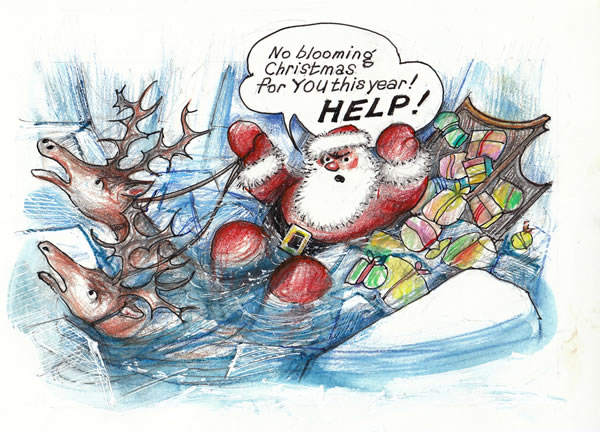 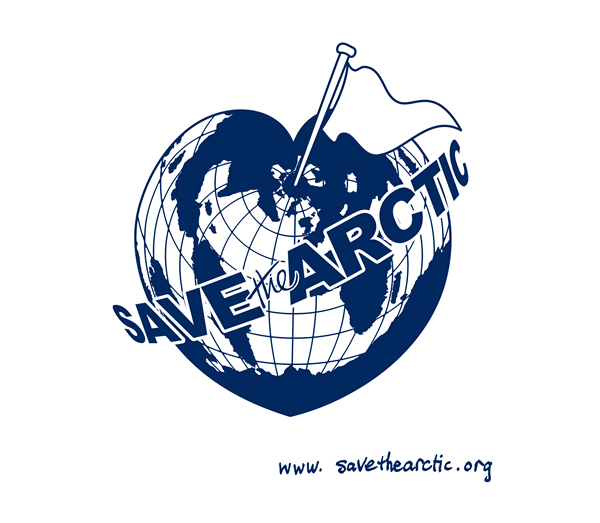 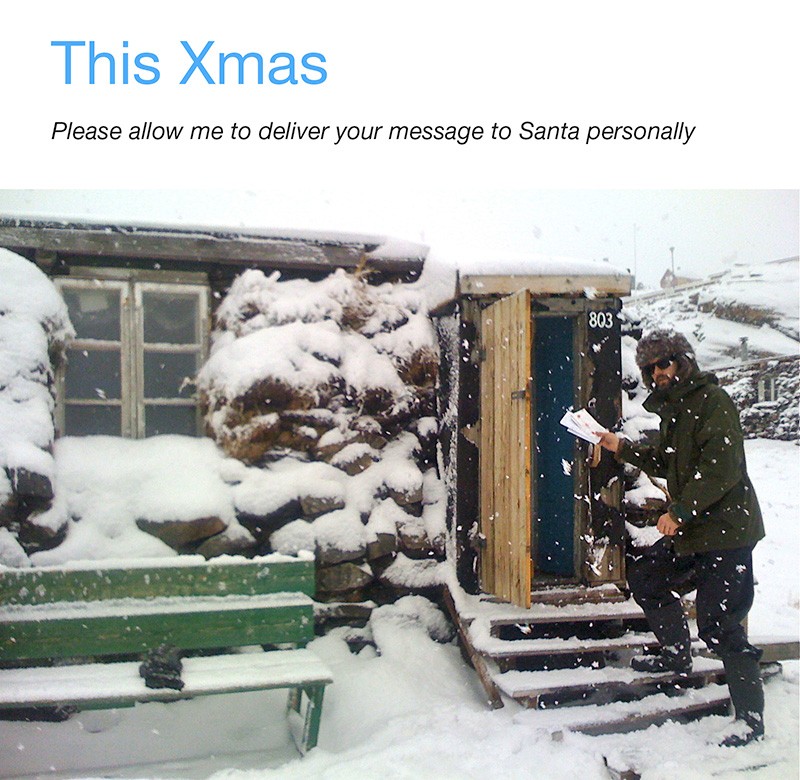 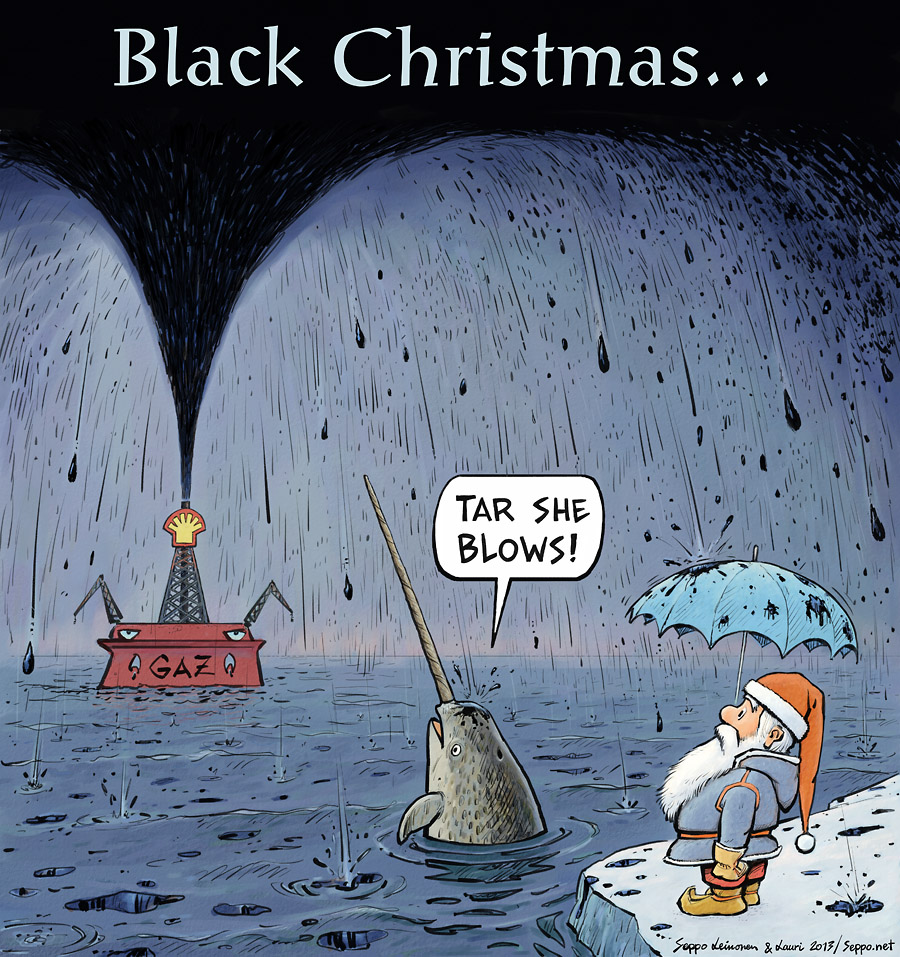