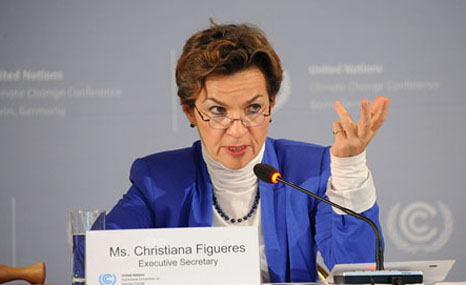 The UN’s climate chief says the official opening of the Green Climate Fund is “historic”, but warns it needs support from governments next year.

“As soon as the final modalities are clarified in 2014, governments must capitalize the Fund,” she said.

Christiana Figueres joined the head of the World Bank Jim Kim and IMF Managing Director Christine Lagarde today in Songdo, South Korea for the inauguration of the GCF’s new headquarters.

Once up and running, supporters say the GCF will act as a catalyst for low carbon investment across the developing world, allowing poorer countries to develop cleaner and more efficient energy infrastructure.

The Fund’s board meet in February and May next year to establish a business plan and work out how money will be processed.

It is expected to be ready to start operating as a fund in late September 2014, a step Figueres says is essential if a proposed UN global emissions reduction treaty is to be agreed.

“This is also crucial so that investors and all other stakeholders have the confidence that a full transition towards low carbon and high resilience is underway, and for the successful adoption of the 2015 new, universal climate change agreement,” she said.

“We must keep in mind that the purpose of the agreed USD 100 billion is to catalyze and redirect much greater investments.”