More than 90% of British cities have a mitigation plan, compared to 42% in France and Belgium 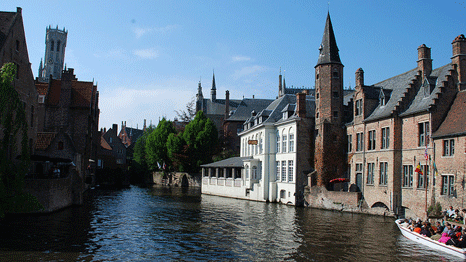 European governments might have national targets to meet the demands of climate change. Many European cities, however, may not be in the mood.

Diana Reckien of Columbia University in the US and 11 European colleagues report in the journal Climatic Change that one in three cities have no plans to reduce greenhouse gas emissions, and seven out of 10 cities have no formal plans to adapt to climate change.

Cities represent huge concentrations of people and economic investment, vulnerable to flood, windstorm, extremes of temperature and other climate-related violence. And cities don’t actually have to involve themselves in the complex international deals that bedevil government climate policies.

Cities are at liberty to decide to reduce emissions, and to adapt to any future hazards that citizens may identify.

The research went beyond questionnaire and interview. The researchers focused on action rather than words. They made a detailed analysis of 200 large and medium-sized urban areas – large means more than 250,000 people; medium is defined as more than 50,000 – in 11 European countries.

They looked at strategic policy and planning documents; they scrutinised adaptation plans that might abate or reduce vulnerability to climate change; and they considered mitigation plans that involved improved energy efficiency and renewable energy generation.

Only one city in four had taken steps both to adapt to climate change and to mitigate it by setting measurable targets to reduce emissions. Overall, 130 of the 200 cities had a mitigation plan and 28% had an adaptation plan.

But civic ambitions varied across national boundaries. More than 90% of British cities had a mitigation plan; of cities in France and Belgium only around 42% had confronted the challenge.

Of the 30 cities examined in Britain, 80% had adaptation plans, but in Germany out of 40 cities, only 33% were ready. The Dutch scored highest for ambition, by aiming for 100% reduction in emissions by 2050.

It is not as if nobody has mentioned global warming to civic authorities across Europe. Legislation in France, for instance, requires all major cities to have both a mitigation plan and an adaptation plan in place by the close of 2012. Right now, the scientists report, 14 French cities out of 35 have neither.

The EU is responsible for an estimated 11% of global greenhouse gas emissions, and the EU has played a significant role in pressing for climate action at a global level. But not all countries within the EU have a uniform approach. And there remains a gap between declared ambition and civic action.