Extreme weather is becoming the new normal across Europe, according to a report from the Climate Action Network 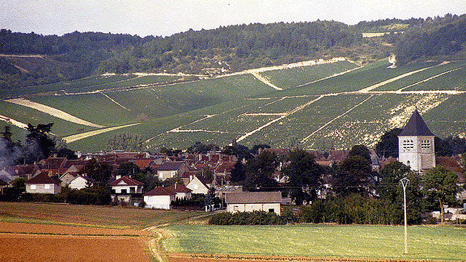 French farmers are feeling the strain as grapes become sweeter in the warm weather (Source: Flickr/PhillipC)

Forest fires, heavy flooding and confused Lithuanian birds – these are some of the effects that climate change is already having in Europe, according to a new report.

The study, assembled by the Climate Action Network (CAN) campaign group, examines how climate change is already affecting Europe from the perspectives of ecology, health and food security.

It reveals that countries across Europe are already suffering from the impacts of climate change, which is putting their environments and economies at risk.

“Europe and the rest of the developed world can no longer ignore the impacts of climate change,” writes Wendel Trio, director of CAN Europe, in the report.

“Extreme weather events are no longer restricted to far off, exotic places. They are also happening on the doorsteps of the richest, most powerful countries, here in Europe, in our communities, affecting our daily lives.”

A region-by-region analysis highlights the impacts on different countries across the continent.

In Lithuania, for instance, birds are dying because the unseasonably mild winters means many decide not to migrate in the winter, leaving them to face the cold when it finally hits.

Low-lying coastal areas across the Nordic region of Europe are already at a high risk of flooding, with sea level rise leading to stronger and more frequent storm surges. North Sea countries such as Denmark are especially vulnerable, with its coastal capital of Copenhagen at particular risk. Surveys reveal that half of Danes are worried about their homes flooding.

France’s €30 million a year tourism industry, central to its economy, will be increasingly depressed as the temperatures warm. In the Alps and the Pyrenees, significant snow loss and a greater chance of avalanches threatens to curtail the ski season and shut some resorts down altogether. 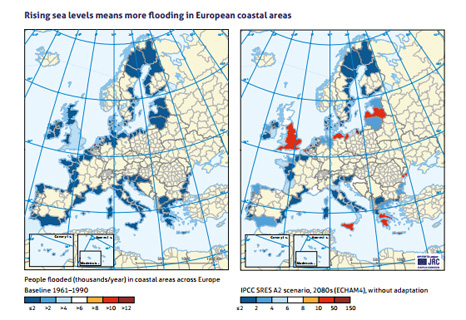 While a combination of geographical and economic factors mean that the developing world remains the most vulnerable to climate change, the report hopes to highlight the fact that Europe needs to play a part in the discussion on the impacts of climate change that are already here.

By focusing on the impacts of climate change across Europe, Trio hopes that the EU can be encouraged to adopt ambitious targets for reducing emissions. The bloc is close to meeting its 2020 target of a 20% cut in greenhouse gases, and there is a call for politicians to go beyond this before the end of the decade.

In January, the EU will release its package of climate measures for 2030, which leaked drafts suggest will be a 45% emissions reduction target at most.

“Climate change is causing damage to our societies, our environment and to our current and future prosperity. This damage is only going to get worse, unless we take action at the global level but also at the European level,” says Trio.

“Europe can do much more to take effective action on climate change. Europe can lead by example and adopt more ambitious greenhouse gas emissions reduction targets for 2020.”