London aims for £1.85m per year saving with LED roll-out 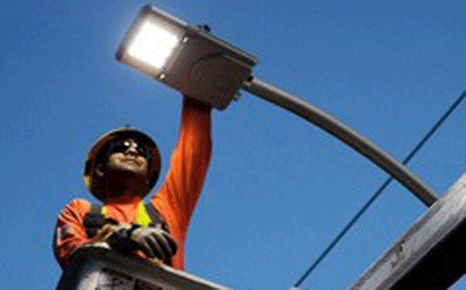 London is set to embark on the UK’s largest energy efficient road lighting project, installing 35,000 street lamps by 2016 at a cost of £10.9 million.

LEDs, or light-emitting diodes, are up to 70% more efficient than traditional bulbs, and are part of London Mayor Boris Johnson’s target to reduce CO2 emissions in the UK capital 60% by 2025.

The LED programme aims to cut CO2 by around 9,700 tonnes and contribute towards approximately £1.85 million of savings for Transport for London (TfL) a year.

“With tens of thousands of lights marking the way on our road network it makes complete sense to focus energy and resources on bringing them up to 21st century standards,” Johnson said.

“This is the largest investment to modernise street lighting on major roads in our capital’s history and will not only cut carbon emissions and save money but it will also lead to even better and safer roads for Londoners.”

Around the world in LEDs:

New York, US: Set to be the largest conventional to LED lighting conversion project in the US, the city began with pilot tests in 2009 which are set for completion in 2007. New York City will convert 250,000 streetlights to LEDs, costing $10 million, but will save the city $14 million a year.

Toronto, Canada: At a cost of $11 million annually, Toronto currently operates about 160,000 streetlights which make up a significant portion of the City’s energy usage. If Toronto converted all of its streetlights to LED, this would not only drastically reduce operating and maintenance costs, but would reduce greenhouse gas emissions by about 18,000 tonnes.

Hong Kong, China: The government is implementing a three-phase replacement of traffic signal lamps at 1,900 road junctions with about 80,000 LED modules. The project commenced in September 2008 and was completed in the summer 2012, at a cost of HK$ 140 million ($18 million).