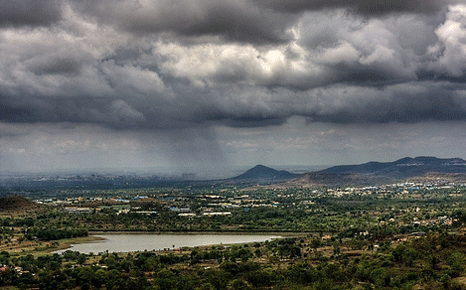 Geoengineering – the confident technocrat’s last resort solution to catastrophic climate change – could create damaging conditions of its own, according to new research.

Simone Tilmes of the National Center for Atmospheric Research in Boulder, Colorado, in the US and an international team of colleagues report in Geophysical Research Letters: Atmospheres that at least one deliberate technological strategy to limit global warming could reduce seasonal rainfall, including the monsoons of Asia that provide a lifeline to hundreds of millions.

Senior scientists have in the last decade tentatively considered technological responses to climate change on the basis that economies, politicians and consumers show no sign of making the dramatic reductions in fossil fuel use that would cut the greenhouse gas emissions that fuel global warming.

Among these responses is a relatively simple one. If greenhouse gases go on increasing, then more solar heat will be trapped in the atmosphere. So, the world should think of a way to reduce solar radiation instead: spray sulphate particles into the stratosphere to block incoming sunlight, or even place arrays of mirrors into orbit to reflect a proportion of the sunlight away from the Earth.

So the scientists used 12 different climate models to simulate various possible futures, including one based on historical factors in which carbon dioxide did not just double, but reached four times the levels in the atmosphere during the American Revolution, and the Napoleonic wars that ravaged Europe at the dawn of the Industrial Revolution.

They found – not surprisingly – that a greenhouse world would be matched by a significant increase in rainfall in many places, along with prolonged droughts in others. That would happen because more warmth means more evaporation, greater saturation of the atmosphere and consequently more precipitation.

And then, still using the same climate models, they tested what would happen to rainfall if they artificially blocked some of the incoming sunlight, to lower the overall global temperatures.

But they could not recreate the world as it had been before the alarming increase in carbon dioxide levels to the predictable climates on which agriculture and industry and different urban civilisations have come to depend.

The models predicted that instead of increasing with potentially disastrous outcomes, seasonal rains would diminish, with equally damaging consequences. A reduction in normal sunlight would mean less evaporation. Plants would on balance respond to increased carbon dioxide levels by closing their stomata, or pores, thus transpiring less water.

Monsoon rains in East Asia would fall by 6%, in South Africa by 5%, in North America by 7%, and in South America by 6%. These differences don’t sound huge – but many millions could starve as a result of the changes.

“Geoengineering the planet doesn’t cure the problem. Even if one of these techniques could keep global temperatures approximately balanced, precipitation would not return to normal conditions,” said Dr Tilmes. “What we do know is that our climate is very complex, that human activity is making the planet warmer and that any technological fix we might try to shade the planet could have unforeseen consequences.”

This article was first published on Climate News Network.