Over 190 companies started trading carbon credits in Shanghai today, with another scheme in Beijing set to launch next week 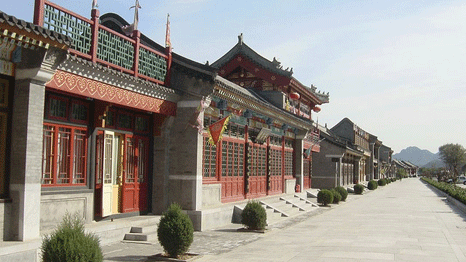 A new carbon trading scheme launched today in Shanghai is China’s latest effort to curb the heavy pollution that is causing rage across the country.

Companies in Beijing, China’s capital city, will also have the opportunity to start trading their emissions when a similar scheme launches there next week.

China is undertaking carbon trading on an experimental local level, testing the market-based method of reducing emissions before potentially launching a nationwide scheme.

Businesses in the southeast city of Shenzhen are already trading their emissions, while there are plans to have another up and running in the Guangdong province by the end of the year.

Another three have been planned to operate in the Hubei province and the cities of Tianjin and Chongqing next year.

“We don’t know how all the schemes will develop but if I have to choose one I would look to Shanghai,” Shawn He, a Beijing-based climate lawyer, told Reuters.

“It is the most commercially friendly and active city in the country and is where market mechanisms will work the best.”

There are 191 companies participating in Shanghai’s trading scheme, including those from some of the most polluting sectors, such as iron and steel and aviation. Permits were issued for 9,500 tonnes of carbon. Beijing’s trading scheme will cover 435 companies.

China is currently the world’s largest emitter of greenhouse gases, and faces pressure to match the developed world in efforts to tackle global warming.

The heavy smog that clouds its cities has caused visible anger among Chinese residents, leading the country to take ever more ambitious action to reduce its domestic emissions. Under its current Five Year Plan, it commits to a 17% reduction in carbon intensity based on GDP.

But while China has been proactive in combatting climate change domestically, it conflicted with countries like the US at the talks, as it is waiting for developed countries to take the lead on international contributions to emissions reductions.

China’s emissions are still much lower than the US on a per capita basis, but are set to surpass them between 2020-2025 based on current trends.

Dadi Zhiou, adviser to the Chinese delegation on energy at the recent UN talks in Warsaw, told RTCC: “It’s a big challenge for China, how we can keep rapid economic growth and keep our energy consumption not growing so quick.”