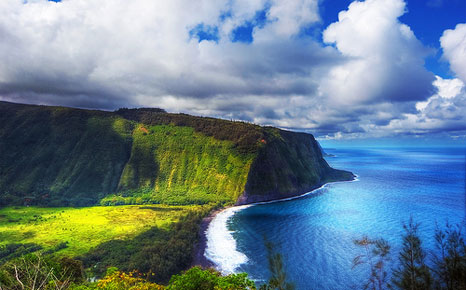 Mexico has agreed to sign the Majuro Declaration, an ambitious document created by the Pacific Islands which invites nations to become ‘climate leaders’.

The country will join Indonesia, Korea, Thailand, France, Malaysia and Costa Rica in “lending their support” to the Pacific Islands, and who have been said to be preparing their commitments towards the declaration.

The Pacific Islands states, including the Marshall Islands and Tuvalu, are some of the most vulnerable to climate change, as rising sea levels erode the coastlines of the tiny islands.

The Declaration says: “In supporting this Declaration, a government, economic entity, company, civil society organization or individual commits to demonstrate climate leadership through action that contributes to the urgent reduction and phase down of greenhouse gas pollution.”

So far, Mexico’s presence at the climate talks appear to have been positive with emphasis placed on action:

#Mexico at #COP19 #climate ministerial: “We don’t have time to wait to address climate change. This is about human life.”

Outside of the Pacific islands, signatories to the Declaration includes the US, European Union, the UK and Hawaii. Their commitments include emissions reduction targets and the inclusion of renewables in their energy mixes.

Speaking to RTCC at the negotiations in Warsaw, Tony de Brum, the minister assisting the president of the Marshall Islands, said the Declaration is a gift from the Pacific to the UN to bring the world together and renew efforts to combat climate change.

“It indicates that the Pacific islands, themselves being vulnerable, are not going to just sit there and wait for the tide to come in. We’re going to do our part to be leaders in this,” he said.

De Brum also expressed his government’s disappointment at their “big brother” Australia’s stance during the negotiations in Poland.

“We have been disappointed with some of the anti-climate change rhetoric that has come out of Australia. It has not been helpful, it’s poorly timed, it’s somewhat akin to cabinet shuffling that we’ve encountered arriving in Warsaw,” said de Brum.

“We hope they can somewhat soften their stance on climate change.”

A spokesman for the Marshall Islands has told RTCC that the government has also had “initial discussions” with California and United Airlines about signing the Declaration.