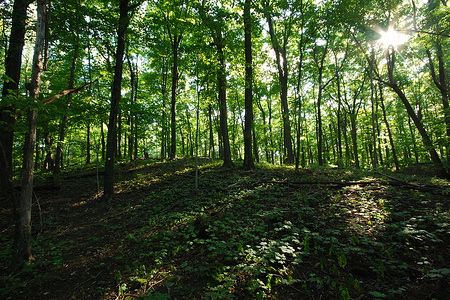 By Olga Dobrovidova in Warsaw

A global satellite map of forest cover presented in this week’s edition of Science shows that between 2000 and 2012, Russia has lost more forest than any other country in the world, single-handedly accounting for 13,6% of net loss in forest area.

Matthew Hansen of the University of Maryland and his colleagues in collaboration with Google have converted some 650 thousand Landsat images into a global map of forest dynamics, showing areas destroyed by natural disasters and human activity as well as the varying pace of recovery.

The findings confirm the well-known efforts to slow down deforestation in Brazil: showing the largest decline in annual forest loss of any country, Brazil halved it from 40 thousand sq km in 2003-2004 to nearly 20 thousand in 2011-2012.

This, however, was more than offset by massive forest loss in Indonesia, Malaysia, Paraguay, Bolivia, Zambia, Angola and elsewhere.

But perhaps the most striking conclusion did not make it into the press release: the data for Russian Federation shows a loss of 365 thousand sq km out of the total forest area of 8,5 million sq km (that’s 4,2%). With some 162 thousand sq km reforested, this still leaves Russia with almost half of net loss in boreal forest cover.

Most losses happened in Yakutia, a remote Eastern region of Russia notorious for catastrophic forest fires in summer. Alexey Yaroshenko of Greenpeace Russia notes that people used to think the Yakutian forests have been recovering fast enough to compensate for massive wildfires, but the new data paints a different and much grimmer picture.

“If we look at Yakutia on the map we can see that recovering forest areas are much smaller than total area affected by fires. That means the whole dynamics of wildfires in the region has fundamentally changed. We can see a disaster happening”, Yaroshenko told RIA Novosti in Moscow.

Russia has a long history of boasting about its massive forest cover, the largest in the world and amounting to one fifth of global forest area.

Just this Monday Russia’s climate envoy Alexander Bedritsky in his pre-COP19 statement once again noted that Russia has some 70% of the world’s boreal, ie Northern hemisphere forests and 25% of total pristine forest cover.

He also reiterated that Russia wants the role of forests as major carbon sinks to be properly accounted for in the new global agreement, due to happen in 2015.