189 countries will attend UN climate talks, but only 134 ministers will be present at negotiations, with Australia a notable absentee 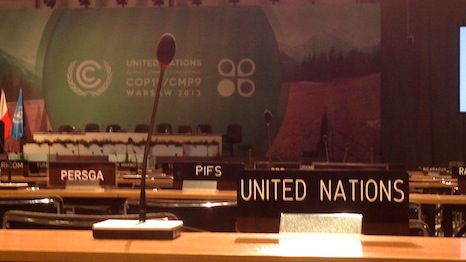 According to statistics released by the UN, over 10,000 people will spend the next two weeks swarming through its corridors, busily going about their business of trying to find a solution to climate change.

But only 134 of these will be ministers, in spite of the fact that there will be 189 countries attending the conference.

The representative sent by each country indicates the level of importance it places on the negotiations.

Australia recently attracted attention by its refusal to send either its environment minister Greg Hunt or foreign minister Julie Bishop to the negotiations.

Instead, Australia will send along its climate ambassador Justin Lee as its lead negotiator.

As the world’s top climate officials gather to discuss how to stem emissions and mobilise finance, Hunt will instead be based in the Australian parliament, attempting to fulfill Prime Minister Tony Abbott’s election promise to repeal the country’s carbon tax.

Former Labor prime minister Kevin Rudd personally attended the UN climate talks in 2007 during his first term in power, where he ratified Australia’s commitment to the Kyoto Protocol, which committed industrialised countries to reduce their emissions.

This year, two prime ministers and two presidents will be attending the conference, each hailing from some of the most vulnerable countries to climate change, including the Pacific islands of Tuvalu and Nauru, along with African countries Ethiopia and Tanzania.

The UK is sending two ministers from the Department of Energy and Climate Change, while the US is sending its climate change envoy Todd Stern—not a minister, but nonetheless a powerful voice on climate change within the US government.

The number of ministers registered to attend does not always reflect the final head count, with the potential for attendees to drop out at the last minute.

But in spite of the overall poor ministerial attendance, the number of participants at this conference has increased from last year—precisely 10,106 are registered to attend, compared to the 9004 who turned up last year in Doha.