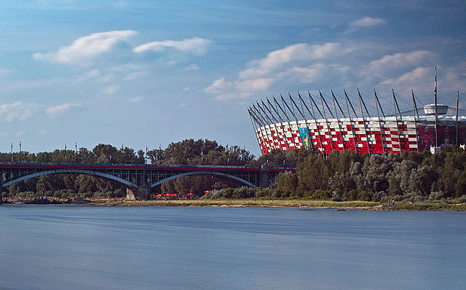 COP 19: The international community gathers in Warsaw, Poland, to begin crucial UN climate talks today. Environmentalists have heavily criticised the host nation for its support of the coal industry. The 19th session of the Conference of the Parties (COP19) to the United Nations Framework Convention on Climate Change (UNFCCC) will run from 11-22 November in the Polish capital’s national stadium. (Blue & Green Tomorrow)

Research: Oxfam says developed countries are giving more to the fossil fuel industry than to projects in poorer regions focused on cutting greenhouse gas emissions, and are way off meeting a collective promise to supply US$ 100 billion a year by 2020. (RTCC)

UK: Households could see the cost of energy bills fall by up to 7% this winter if the government decides to cut so-called green taxes. The ‘Big Six’ energy companies pledged to immediately drop fuel prices if the Government agreed to cut the Energy Companies Obligation (ECO) entirely or to delay the implementation of the scheme by 18 months. The ECO is one of the ‘green taxes’ collected from energy bills to pay for insulating the homes of people on low income and lower their utility bills by reducing the amount of energy they need to use. (This is Money)

COP 19: President of the UN climate summit, Marcin Korolec, says Poland will ensure negotiations are held in a ‘democratic and transparent’ fashion. (RTCC)

COP 19: Hundreds of youth groups from around the world have written to UN climate chief Christiana Figueres asking her to withdraw from a coal summit taking place at the same time as international climate talks in Warsaw. (RTCC)

Australia: Allan Jones, the Chief Development Officer of Energy and Climate Change for Sydney, Australia, intends to have the city rely entirely on renewable energy sources for power, heating, cooling, and transport by 2030. The city would have conventional renewables (wind and solar) generate 30% of the city’s electricity, with the other 70% coming from trigeneration (using biomass-fueled generators). (Clean Technica)

Research: HSBC is financing the destruction of forests crucial to the survival of endangered species and the fight against climate change, says new research. (RTCC)

Peru: Locals have rebranded the Pastoruri glacier in central Peru as a place to see climate change in action to lure tourists back to the area before it is gone completely, which is likely to happen within the next decade. (Times of Oman)