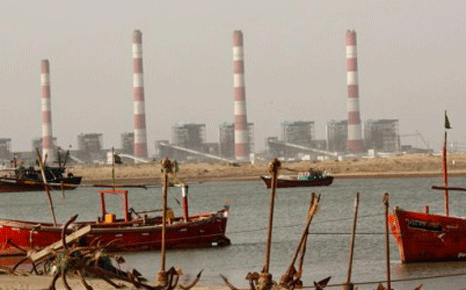 World Bank President Dr Jim Yong Kim’s commitment to addressing climate change has been questioned in a letter from 68 groups in 28 countries, angry at his support for a 4000MW coal power plant in the Indian state of Gujarat.

A diverse array of organisations including Greenpeace, the Centre for Human Rights and Development in Mongolia and the National Fisheries Solidarity Movement accuse Kim of ignoring internal advice to reject funding for the plant, which will meet 2% of India’s power needs.

“Even more troubling, despite your [Dr Kim] work in public health and calls for urgent action to address climate change, your office cleared the response,” the letter says.

“Your decision means thousands of fishing and fishworker families will continue suffering from air pollution, contaminated water and destroyed marine resources that CAO found to be directly linked with the construction and operation of the Tata coal plant.”

The developer of the project, Tata, has been accused of displacing communities in the region, destroying their livelihood, contaminating water supply and destroying natural habitats.

Researchers have said the Tata Mundra plant, plus two others nearby, burn a total of 30 million tons of coal per year and emit about 88 million tons of CO2 annually – more than the combined total annual emissions of Bangladesh (a nation of 150 million people), Nepal, Sri Lanka, Bhutan and the Maldives.

Once complete, the project, the first in a series of nine such ultra-mega plants, will provide electricity to five states. The company said it is India’s most “energy efficient plant using supercritical technology”.

RTCC understands the World Bank’s internal audit body raised concerns with the private arm of the World Bank – the International Finance Corporation (IFC) – that the Tata Mundra plant was in violation of the the bank’s sustainable communities policies.

The World Bank is said to have increased its funding for fossil fuels to $2.7 billion, even though it has publicly committed to phase out coal lending. It currently has 386 active projects in India with a committed portfolio of $29.5 billion.

The World Bank said improving access to electricity is the most important development priority and IFC’s investment in Tata’s project will help address this.

In April, Dr Kim went on record to say the World Bank would lead efforts to eradicate extreme poverty by 2030, which he said would need adequate action on climate change.

More recently, Kim said although getting a global climate change deal is critical, financial institutions should remember that immediate action is also possible.

The IFC said: “We will not end extreme poverty or build shared prosperity until we provide households with energy connections by increasing capacity, boosting transmission and distribution systems. IFC is committed to promoting clean-energy alternatives.”

The World Bank has produced its own reports on reducing emissions from cookstoves which could slow global warming, the impacts of 2°C and 4°C warming across several regions and the contribution of renewable energy to the global electricity supply mix.

The CAO report said the IFC’s risk assessment of the project was weak: “IFC did not consider alternative project design to avoid or minimize impacts, and that IFC has not treated complainants’ concerns as compliance issues,” it said.

In response to the letter, the World Bank told RTCC that the IFC welcomed the good practice suggestions in the CAO report, which it will work to implement with the developer of the coal project although it believes Tata has already addressed “several” of the concerns raised by the local community.

However, the World Bank refutes several other problems identified by the IFC.

“We believe there has been no physical or economic displacement of the seasonally migrant fishing communities nor has there been a denial of access to fishing or fish drying areas.

“IFC is committed to open dialogue with its stakeholders and those directly affected by the projects it supports. We plan to continue our efforts to ensure sustainable development in the Tata Mundra project.”

Nicole Ghio, Sierra Club spokes woman told RTCC: “I think they know their decision is highly controversial, and they are trying to limit publicity. I think they would rather not respond, but we will keep pushing them.

“This decision is absolutely unacceptable, and the letter hopefully makes it clear that civil society is prepared to challenge future projects and hold the Bank accountable to its new energy strategy.”