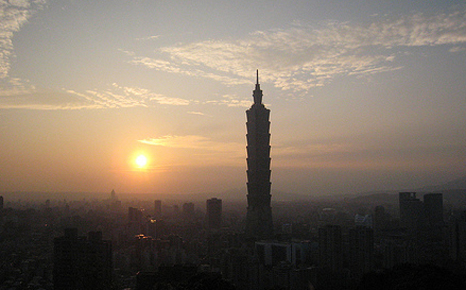 Mitigating climate change — the most pressing challenge the international community is facing today — has a direct bearing on the sustainable development of nations around the world, as well as the survival of humankind.

Despite Taiwan’s unique status in international politics, our government has actively participated in global efforts to reduce carbon dioxide emissions and has encouraged our citizens to contribute to these efforts.

Two strategic components can be distinguished in our endeavours to mitigate the effects of climate change: containing the phenomenon and adapting to it.

With regard to containing climate change, the Republic of China (ROC) government at the end of 2009 established the Executive Yuan Steering Committee on Energy Conservation and Carbon Reduction, which is responsible for formulating a national master plan to reduce emissions.

It aims to actively create a sound legal environment and green transportation infrastructure, as well as low-carbon energy systems, communities, and industries.

In addition, the government is continuing to promote the passage of a Green House Gas Reduction Bill. This bill, along with the Energy Tax Bill that is currently being studied, the Energy Management Act that has already been implemented, and the Renewable Energy Development Statute, constitutes the legal framework for the reduction of greenhouse gases in Taiwan.

President Ma Ying-jeou has explicitly stated that “developing an environment characterized by low carbon emissions and high reliance on green energy” is one of the five pillars of Taiwan’s national development, so as to gradually transform Taiwan into a “low-carbon, green-energy island.”

The government has also aggressively initiated a plan to build a “low carbon and sustainable homeland.” As part of this plan, 52 rural villages, three cities—New Taipei, Taichung, and Tainan—and one county, Yilan, have been selected as model communities in terms of low-carbon and sustainable environments, with the aim of encouraging the people of Taiwan to actively participate in the development of such a homeland.

It also plans to replace all traditional buses in urban areas with electric buses in the coming 10 years, so as to gradually establish a low-carbon transportation infrastructure.

Taking a closer look at 2012, Taiwan’s economy witnessed growth of 1.32 per cent, but carbon emissions fell by 1.90 per cent, demonstrating that an inverse relationship now exists between economic growth and greenhouse gas emissions.

The ROC government has actively sought international support to expand its international space, and has initiated pragmatic and constructive dialogue with mainland China, achieving significant results.

In 2009, member countries of the United Nations for the first time invited the ROC government to formally participate in the World Health Assembly (WHA) as an observer, and we have continued to attend every year since.

Furthermore, in September 2013 Taiwan was invited to attend the 38th Session of the Assembly of the International Civil Aviation Organization as a guest of the President of the Council.

Our participation in these two bodies is of great symbolic meaning and has given us considerable encouragement.