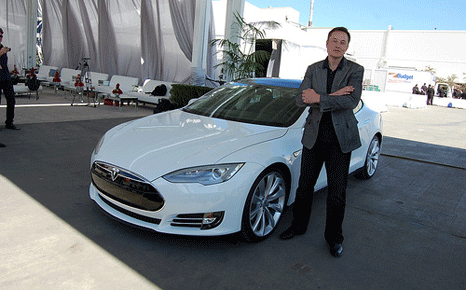 The Deputy Prime Minister has asked Tesla Motors chief Elon Musk to advise the government on how to boost growth in the UK’s low emission vehicle sector.

Musk’s contribution will look at how the government can “boost investment, massively increase the take up of electric vehicles across the country and promote the benefits of ultra-low emission vehicles more widely to drivers,” said Clegg.

The UK automotive industry currently represents 7% of the UK’s manufacturing output and is valued at over £11 billion.

Clegg is asking other industry leaders to also provide instruction on where investment emphasis should be placed, for example whether taxis and fleet vehicles, should be targeted more directly.

He said: “I do think it’s clear that – despite the valuable long-term savings they offer – the current upfront costs of electric cars are still quite high.

“They currently make most financial sense for the biggest purchasers and biggest users of cars we have: fleet vehicles, hire cars and taxis – cars that are on the road every day and can take full advantage of the lower running costs.”

The government in September announced additional low-emission vehicle funding of £500 million to build on the £400 million the government has already committed from 2010 to 2015. This is expected to support increasing plug in points, encouraging consumer interest and strengthening research and development.

By 2050 the UK hopes almost every car and van in the country will be an ultra-low emission vehicle.

Over 6,000 ultra-light electric vehicles (ULEVs) have been sold in the UK with government-funded consumer incentives and 10,000 charge points installed.

In related news, today the government announced a £75 million fund to speed up development of green technologies for vehicle engines.

In addition, £1.5 million is being invested into a project to develop the first driverless cars.

Business secretary Vince Cable said: “The car industry has gone from strength to strength – with one vehicle rolling off a production line somewhere in the UK every 20 seconds.