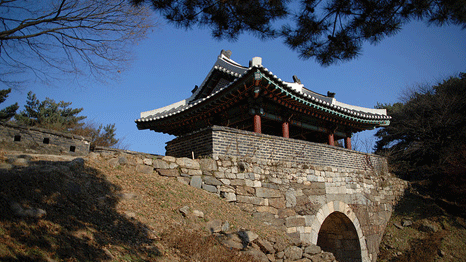 The UK and South Korea have agreed to collaborate on tackling climate change, united by a shared belief that nuclear should play a key role in the future energy mix.

During a visit to the UK from South Korean President Park Geun-hye this week, the countries released a joint statement declaring their mutual commitment to low carbon development, backed up by the latest findings of the IPCC climate science report.

Both countries also signed a Memorandum of Understanding on nuclear power, agreeing to cooperate on the development of the technology, which they agreed provide “a safe, consistent and affordable source of energy” and that is has a “key role to play in the future low carbon energy mix”.

The UK has already shown its individual interest in nuclear power, giving the go-ahead to its first new plant in a generation at the end of October.

They added in their statement that any future role for coal would be dependent on the successful deployment of carbon capture and storage technology – the only way in which fossil fuels can continue to be burnt without seriously threatening the balance of the world’s climate through the emission of CO2.

They also outlined energy efficient buildings and emissions trading as potential areas for cooperation. Following in the footsteps of the EU and China, South Korea is to launch its own emissions trading scheme in 2015.

It will lead an industry mission later this year to examine how UK companies have taken emissions trading on board.

“The UK and the Republic of Korea believe that we need urgent international action to reduce greenhouse gas emissions and avoid dangerous climate change,” said Ed Davey, UK Secretary of State for Energy and Climate Change.

“We also recognise the huge economic opportunities of moving to a low carbon economy – for new drivers of growth and jobs, and for greater security of energy supply.”

At the same time, they added in the statement that a legally binding global agreement under the UN’s climate change body (UNFCCC) remained the “only credible way” of driving ambitious action on climate change.

They highlighted the period between now and 2015, when such a deal is scheduled to take place, as “crucial” in allowing the international community to agree on tough commitments. This will start to gather pace on Monday, when delegates from across the world meet in Warsaw to lay the foundations for this agreement.

“This Joint Statement is a declaration of our ambition to enhance our co-operation,” said Davey.

“I really value our partnership with Korea and am pleased to continue to share our experiences and work together, to raise ambition for securing a global climate change deal under the UNFCCC in 2015 and support the global transition to a low carbon economy.”