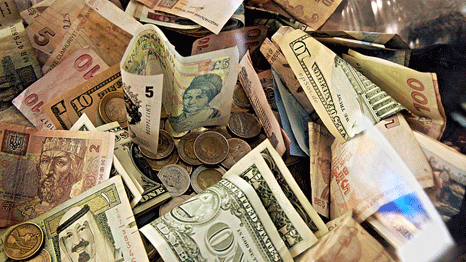 The world’s richest countries are “shooting themselves in both feet” by providing high subsidies to the fossil fuel industry, according to a report from the Overseas Development Institute.

By continuing to support the industry with vast sums of public money, the governments are creating a double-edged sword by subsidising the industries that are pushing the world towards dangerous climate change, at the same time as creating a barrier to green investment.

Governments have agreed to attempt to keep temperatures below 2C, the temperature at which catastrophic impacts of a warming climate will set in. A UN meeting in Paris in 2015 will attempt to reach a binding deal to achieve this, with meetings in Warsaw starting next week laying the groundwork.

According to the International Energy Agency, fossil fuel producers received $523 billion of subsidies in 2011. Such support undermines attempts to gradually raise the price on carbon emissions through schemes such the European emissions trading scheme and carbon taxes.

Speaking to the UK Energy and Climate Change Committee on Tuesday, leading climate change economist Lord Stern said that a failure to charge people for dumping gases into the atmosphere essentially amounted to a market distortion. “People should pay for the damage they do,” he said.

The report adds that the average subsidy provided by rich governments for every tonne of carbon is $7, or roughly the same as the current cost of carbon in the EU emissions trading scheme, meaning that this carbon price may as well not exist.

This amounts to around $112 of fossil fuel subsidy for every adult across 11 of some of the world’s richest countries.

“The rules of the game are currently biased in favour of fossil fuels,” said Shelagh Whitley, who is calling for bold action from the G20 to phase out the subsidies by 2020.

“The status quo encourages energy companies to continue burning high-carbon fossil fuels and offers no incentive to change. We’re throwing money at policies that are only going to make the problem worse in the long run by locking us into dangerous climate change.”

On Tuesday, the EU Commission released non-binding guidance to Member States on how governments could improve their financial interventions in energy markets, mainly concerning subsidies for renewable energy.

Financial support for renewables should be limited to what it necessary, it said, and should be directed towards making the technology competitive. It also aimed to stimulate investment by instructing governments to avoided unannounced or retroactive scheme changes.

EU Energy Commissioner Günther Oettinger said: “The ultimate aim of the market is to deliver secure and affordable energy for our citizens and business.

“Public intervention must support these objectives. It needs to be cost-efficient and be adapted to changing circumstances.”