WMO says 2012 a record year for greenhouse gas concentrations, and that the trend continues to accelerate 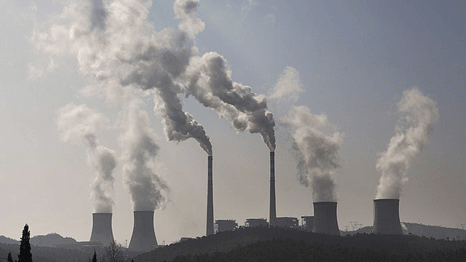 Levels of greenhouse gases in the atmosphere reached a record high in 2012, according to a report from the World Meteorological Organization.

It backs up readings taken at the Mauna Loa observatory on Hawaii in May this year, which reported levels of the main greenhouse gas were now at 400 parts per million (ppm), its highest level for 3 million years.

The speed at which mankind has continued to emit these gases has increased over time, says the WMO in its annual Greenhouse Gas Bulletin. The growth rate from 2011 to 2012 in atmospheric concentrations outstripped the average over the past ten years.

In this period, the amount of carbon dioxide in the atmosphere – the main offender when it comes to global warming – increased by 2.2 parts per million (ppm). This is an accelerating trend: over the previous decade, the growth each year averaged at 2.02 ppm.

The volume of carbon dioxide, methane and nitrous oxide in the atmosphere has increased dramatically since the start of the industrial era, when humans first started emitting large quantities of the gases into the atmosphere.

The amount of CO2 in the atmosphere is now 141% of what it was in pre-industrial times, although this only accounts for about half the CO2 emitted by humans. The other half has been absorbed by the biosphere and oceans, which acidify in response, causing damage to marine animals such as shellfish.

The IPCC’s fifth assessment report, released in September, pointed out that the volume of these gases in the atmosphere is unprecedented in at least the last 800,000 years.

“As a result of this, our climate is changing, our weather is more extreme, ice sheets and glaciers are melting and sea levels are rising,” said WMO Secretary-General Michel Jarraud.

“According to the IPCC, if we continue with ‘business as usual,’ global average temperatures may be 4.6 degrees higher by the end of the century than pre-industrial levels – and even higher in some parts of the world. This would have devastating consequences.”

He added: “Limiting climate change will require large and sustained reductions of greenhouse gas emissions. We need to act now, otherwise we will jeopardize the future of our children, grandchildren and many future generations.