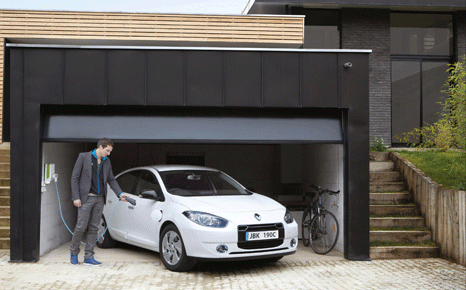 The Renault-Nissan Alliance and Mitsubishi Motors have announced a joint venture to explore new projects including electric vehicles.

Nissan and Mitsubishi already have an existing joint venture company called NMKV which was established in June 2011.

NMKV is expected to develop a new small car, including a specific electric version that can be sold globally. The basis for this product will be from a jointly-developed ‘Kei car’ platform of the type popular in the Japanese domestic market.

Osamu Masuko, president of Mitsubishi said: “As a result of the development of collaborative projects with Nissan Motor up to now, Mitsubishi Motors is pleased to work again with Nissan and now Renault towards achieving further collaborations.

The Renault-Nissan Alliance and Mitsubishi are expected to launch two new sedan models under the Mitsubishi brand based on vehicles from the Renault portfolio, although full details are yet to be released.

Renault told RTCC that “by utilising existing assets, we will all minimise investment and lead time.”

Hybrid and plug-in electric vehicle markets are expected to continue growing from now through to 2020 with each achieving 4% and 3% growth respectively.

Navigant Research has forecast that the plug-in electric vehicle market will grow rapidly in many regions as a result of rising fuel prices. It expects three million vehicles to be sold by 2020, predominantly in Japan.

“This growth is being driven not by the inherent appeal of the vehicles, but also by consumer demand for vehicles that cost less to operate than traditional internal combustion engine vehicles, government incentives and a rebounding economic climate.”