Shell hopes Arctic drilling will resume in Chukchi Sea next year, after setbacks caused programme to be suspended this summer 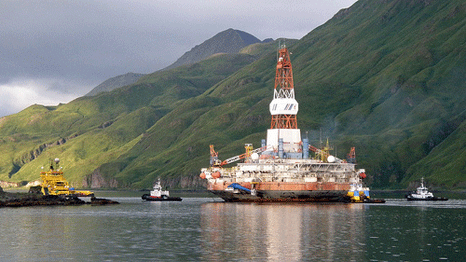 Speaking as the company unveiled its disappointing financial results for the third quarter, Simon Henry said: “We have not yet confirmed if we drill in 2014 but we do expect to file an exploration plan shortly.

“Clearly we would like to drill as soon as possible.”

The company was forced to abandon its plans to drill in the Arctic this summer, due to serious setbacks which culminated when the Kulluk rig ran aground in the Beaufort Sea.

Operations in the immediate future would focus on the Chukchi Sea, said Henry, where the water is deeper. The programme will depend on whether the company is able to gain the necessary permits and authorities, after it submits its exploration plan to the US federal authorities next month.

Henry said that the Arctic remained Shell’s “most attractive single opportunity for the future”, adding that the Chukchi Sea was “by far the biggest prize”. It is believed to hold larger oil reserves than the Beaufort Sea.

Shell’s plans for the Arctic have proved deeply unpopular with environmentalists, who say that the remote location and difficult conditions make it difficult to respond should a disaster occur.

Despite spending more than $5 billion on its oil exploration campaign, Shell has yet to locate any oil-bearing rocks.

Speaking at a conference on the business potential of the polar regions on Tuesday, Robert Blaauw, Shell’s senior advisor on the Arctic, said that there would be no “rush for resources” in the Arctic and that “projects will be few and far between.”

“It will take a long time even testing, let alone developing hydrocarbon resources,” he said, adding that more scientific research would have to be undertaken before exploratory drilling could proceed to the extraction stage.