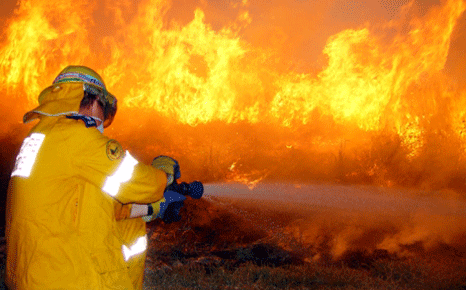 Australia’s commitment to reduce greenhouse gas emissions by 5% below 2000 levels has been branded as “inadequate” by the country’s independent Climate Change Authority (CCA).

In a report released on Wednesday it says the current target, accepted by both the ruling Coalition and Labour opposition, should be raised to 15% or 25%.

Australia’s government says it will consider further targets if and when a global agreement on emission reductions is reached.

This latest report by the CCA, which was recently stripped of government funding, poses huge questions over the the Coalition’s Direct Action policy, an incentive based approach that replaces the the Carbon Pricing Mechanism (CPM) or so-called ‘carbon tax’.

Critics say the government cannot even fund its Direct Action plan adequately, and could struggle to meet the 5% goal.

John Connor, CEO of think-tank the Climate Institute said the CCA report “smashes the fishbowl of Australian carbon politics” and the government now needs to admit that its contribution to global climate action is not in line with pledges from other developed nations.

Australia “should break the stranglehold that the 5% target has had on our political imagination and debate,” said Connor.

Some analysts believe Australia could hit hard by the impacts of climate change. A recent paper from the University of Melbourne says global warming has increased five-fold increasing probabilities that Australians will bake in record hot summers.

Between December 2012 and February 2013, Australians experienced the hottest month in the nation’s recorded history, and the hottest day.

There were fierce and destructive bush fires in Tasmania and Victoria, and severe flooding in New South Wales and Queensland. The Australian media dubbed it “the angry summer”.

“They are going to have to pay a very high political price and a very high financial price because the route they are choosing to take to get to the same target agreed by the last government could be a lot more expensive for them, and for the population,” she said.

Prime Minister Abbott’s response was that she was “talking out of her hat”.