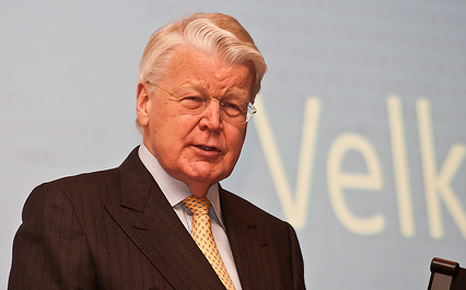 The UK has failed to adopt a leading role in the Arctic, claims the President of Iceland.

Speaking today in London at the Poles Apart conference hosted by the Royal United Services Institute in London, President Olafur Grimmson said that the UK had fallen behind the other major economies in the extent of its Arctic engagement.

While he praised countries such as China, Singapore and even Russia over their approach to Arctic development, he suggested that the UK has not shown sufficient political guidance.

“It is kind of paradoxical given the leadership that Britain took more than 100 years ago in the discovery of the Arctic and Antarctic that somehow the political, the diplomatic and the business community has not been to the same extent engaged,” he said.

Grimmson added that his criticisms did not extend to the scientific community.

The questions facing the Arctic, he said, over the melting of the ice cover and the expansion of business into the region, were not ones that were going to come into play over the next ten or twenty years, but were already demanding answers.

“We have had more discussion with China and Singapore than with any political leaders in this great country,” he said. “Why have you been absent?”

He pointed to the absence of any high level political engagement from UK politicians over the Arctic, who had yet to put the region at the heart of their agenda.

In spite of this, he added, the Arctic is an opportunity to “scale up activity in a big way.”

“No other country, not the US, not Russia, has the needed structure and scientific manpower to be able to execute the necessary research that we must have on the Arctic and Antarctic in the coming years. It has to be a global effort.”

Grimmson pointed to France’s decision to appoint an ambassador to the polar regions as evidence some countries are making efforts to address the issue.

And despite its recent seizure of 30 Greenpeace activists, he also praised Russian President Vladmir Putin for stressing the need for a science-based approach to Arctic cooperation.

“We all now live in an ice dependent world,” he said. “No nation, no continent, will escape the fate of what happens to the ice covered areas of the world, whether in the Arctic or Antarctic.

“It is a similar shift as to when man stopping thinking the world was flat. Unless we make that shift, we are about to make huge mistakes.”

He added that, while he encouraged global cooperation in Arctic governance, some of his main concerns were over human rights and the decision making process in the region, which, he said, is “not a normal diplomatic encounter”, but one where indigenous people, scientists and NGOs had the same right to be heard as diplomats.

“The decision-making culture is more relaxed and more personal than in other diplomatic folds, and one of the big questions is whether UK, China and others will adapt to this process of decision-making, or whether they will bring to the table their own way of doing things.”

It is also important to remember that the indigenous communities had occupied the region long before it drew the attention of states from further afield, he said, and that the approach to the region would be a significant testing ground for the human rights principles held dear by western states.

“We were eager to talk about human rights in far away places on the Earth, but our human rights principles will be tested as strongly in the Arctic as they are in Tibet, because the Arctic has been mostly the home of these people, their traditions, their concerns, long before the Russian Federation or the US ever appeared on the scene.

“So who decides the economic future of the Arctic? Politicians and diplomats in far away capitals or the people who live there?”