India and US HFC row brews at UN talks in Bangkok 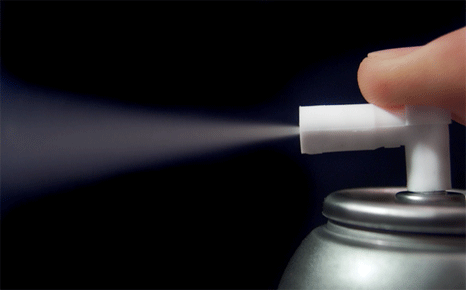 India has blocked attempts to curb the use of the highly polluting chemicals used in refrigeration this week, in a move which places them on collision course with the US.

During week-long UN negotiations in Bangkok this week, India has stood in the way of a US proposal to move regulation of HFCs under the Montreal Protocol.

The Montreal Protocol, signed in 1987, was designed to phase out substances that are responsible for the depletion of the ozone layer. The mass support it received at the time cemented its reputation as the most successful environmental treaty ever.

But the chemical that was phased out as a result of the treaty was replaced with HFCs – not an ozone depleting substance, but nonetheless a potent greenhouse gas, with a warming effect 11,700 times more powerful than carbon dioxide, although it remains in the atmosphere for less time.

In meetings to discuss the Montreal Protocol this week, the US suggested that HFCs be monitored under the agreement, as they are a direct replacement for the previous ozone damaging chemicals.

But India objected to the amendment, citing the fact that because it is not harmful to the ozone layer, its regulation ought to remain under the UN Framework Convention on Climate Change (UNFCCC) and the Kyoto Protocol.

Clare Perry of the Environmental Investigation Agency told RTCC from the sidelines of the meeting: “India is still making some very strong statements that they do not want to address HFCs under the Montreal Protocol.

“They have a number of issues, but I think their key point is that because HFCs are not ozone depleting substances, they should have to be dealt with under the UNFCCC.”

“The discussion today went through the different aspects – technical, financial, legal, and it was very clear from the discussions that there’s a very clear legal case for the Montreal Protocol taking on consumption and production measures.”

Many hoped that this meeting would herald a new consensus on moving the regulation of HFCs under the Montreal Protocol, after India signed an agreement at the G20 in September supporting the idea. Indian Prime Minister Manmohan Singh and Obama issued a statement later on that month agreeing to discuss the issue.

“People thought they might come with a change in their approach, and that’s not the case right now,” said Uthra Radhakrishnan of India’s Centre for Science and Environment to RTCC, adding that they were in fact maintaining their previous stance.

She suggested that one of the problems was the reluctance of developing countries to take on binding commitments, currently not a part of the Kyoto Protocol.

She added that there is also a financial problem. “The cheapest option for developing countries to move to is HFCs, and if you tell them they can’t do HFCs as well, they need to know for sure what are the other options. There are some sectors that have these alternatives sorted out, but there’s not a whole lot of clarity basically.

“This could change is developed countries agree to ambitious targets on HFCs and open alternatives for developing countries.”

Nitin Sethi, an environmental journalist at Indian paper The Hindu, told RTCC that he believed that the US government had taken a “belligerent” approach and hurrying through the initial negotiations.

He said: “Their hurry and I would say diplomatic rough play backfired at the end with the Indian government stepping half a step back from the G20 line.

“In the bilateral agreement it bought time saying a decision would be taken only after an existing Indo-US task force on HFCs conclude work.

“The US demanded that the task force do that quickly. India agreed to being ‘quick’ but the ‘quick’ could not be defined – again a result of earlier bullying that had not gone down well within the government.

“It’s a very intelligent US move in terms of optics – it makes the US look like pro-action but forces the primary and first action upon others while breaking the UNFCCC down – which the US has clearly wished to do explicitly by talk of complimentary actions.”