Swedish researchers think the changing climate was responsible for doubling the number of heat-related deaths in the capital, Stockholm, in the 30 years from 1980 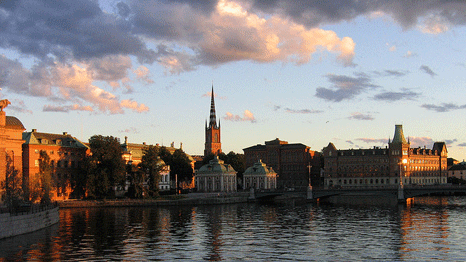 It’s a small sample – just one city, during one 30-year interval – but it could have significance everywhere: deaths from extreme heat doubled in Stockholm, Sweden, between 1980 and 2009 and the agent behind this grim reckoning looks very much like global warming.

Daniel Oudin Åström of Umeå University, Sweden, and colleagues, report in Nature Climate Change that they looked at recent mortality in Stockholm, and then compared the records of deaths with those from 1900-1929.  The period 1980-2009 was marked by northern hemisphere summers with unprecedented extremes of heat – in 2003, 2007, 2010 and 2012 – and in 2010, temperatures in Europe exceeded all 20th and 21st century records.

Stockholm is a city more adapted to cold than heat, more associated with long bleak winters than stifling summers. Sweden is a society with a long history of good record-keeping, but Stockholm in particular is also a city of demographic change and immigration. So the population at risk from extremes of heat in this century cannot be matched very easily with that of a century ago, but Åström and his fellow researchers decided it was worth a try.

They calculated the weeks in which people would have been most at risk – from cold in winter as well as heat in summer – and considered the age groups most likely to suffer and collapse from heat exhaustion and heat stroke or from hypothermia and other winter hazards.

They counted 220 extremes of cold at the beginning of the 20th century, and 251 such extremes in the last 30 years. Then they compared the pattern of mortality over the two timespans, and concluded that the extra 31 cold spells accounted for 75 premature deaths.

Then they looked at the high end of the thermometer, and saw a much more dramatic change. In the early 20th century, there were 220 very hot spells. In the most recent period, there were 381 extremes of heat. On this basis, an additional 288 people who died in Stockholm from the effects of heat did so with a 95% probability that climate change was implicated.

Comparisons like these are very difficult to make. Human life expectancy has increased, and so has overall health care, sanitation and education.  Cities have expanded dramatically in the last 100 years. Motor traffic, street lighting, central heating and air conditioning have all helped make air temperatures in cities so much higher than in the surrounding countryside, where comparative meteorological measurements are normally made.

The Swedish scientists took such changes into account: without such adjustments, their extra death toll would have been 447.  They concluded that heat-related deaths in the last 30 years were twice those to be expected in the period before global warming.

Despite overall warming, and higher than average winter temperatures overall, the frequency of extremes of cold had increased during the same period, with a smaller excess of deaths. And the researchers confirm that they found no evidence that humans had physiologically adapted to a warmer world in the years since global temperatures began to rise.

Scientists make such calculations and then publish them, inviting other researchers to pour cold water on them. In fact, the cold water is coming anyway, according to Andrea Toreti of Justus Liebig University Giessen in Germany and colleagues.

They report in Geophysical Research Letters that as the atmosphere warms, so the air will be able to hold more water vapour, with all the more to fall on rainy days. The researchers took eight high resolution global general circulation models and tried to calculate rainfall extremes for the remainder of the century.

The not very surprising conclusion is that with increasing temperatures, and with more moisture in the air, there will be more rain. But the scientists were looking for extreme events, and conclude that as the century wears on, extreme torrential downpours of the kind that once happened only every 50 years will start to happen every 20 years or so.

In the high latitude northern hemisphere (and that includes Stockholm) the strongest change will be in autumn and spring, where the daily extreme precipitation is expected to increase by 45% and 39% respectively.