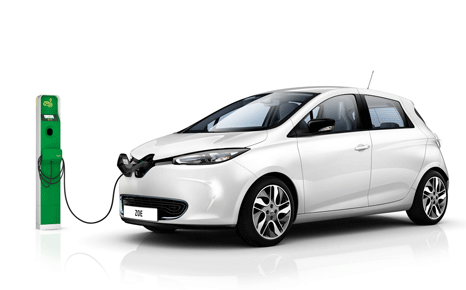 The E-Car Club will start off with four Renault Zoe models in the London Borough of Tower Hamlets. They hope to increase this to 20 by the end of the year.

Initially it will be open to residents of local landlord Poplar HARCA, which owns around 8,490 homes in the area. Drivers at the E-Car Club will need to pay a £50 lifetime joining fee then £5.50 per hour.

“It’s very much trying to provide a low cost transport solution to individuals in an area who might not otherwise have access to a car, it’s certainly not targeting the corporate world from the city,” he said.

“We want to improve mobility on a local level whilst simultaneously reducing both emission levels and transport cost.”

Businesses and community members have 24 hour access to the EVs without having to pay for tax, insurance, congestion charge, maintenance or fuel.

In terms of pricing, E-Car Club appears competitive. The top four car clubs in the country charge between £50-59.50 for joining then between £4-5 per hour.

The Guardian reviewed the Zoe last week claiming it to be “the best – and most practical – electric vehicle to date.”

Car sharing schemes are becoming increasingly popular around the world, appealing particularly to city residents who don’t want the burden of owning a vehicle outright.

In 2012 UK research company Par Hill found that after joining a car club, 55% of car owners gave up at least one car on joining and overall 24% of car clubs members have given up a car entirely.

Another study by the next greencar website suggests that each car club car typically replaces at least six private cars.

Rising pollution levels in cities are another factor in growing support for electric vehicles and sharing initiatives.

In July London’s air quality plummeted, with one analyst telling RTCC the city had the highest levels of nitrogen dioxide, a toxic gas, of any capital in Europe.