Published on 21/10/2013, 7:57am
A summary of today’s top climate and clean energy stories.
Email the team on [email protected] or get in touch via Twitter. 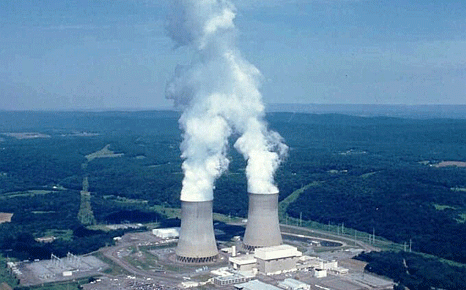 UK: The government has given the go-ahead for the UK’s first new nuclear station in a generation. France’s EDF Energy will lead a consortium, which includes Chinese investors, to build the Hinkley Point C plant in Somerset. (BBC)

China: Choking smog all but shut down one of northeastern China’s largest cities, Heilongjiang province and home to some 11 million people, on Monday, forcing schools to suspended classes, snarling traffic and closing the airport, in the country’s first major air pollution crisis of the winter. (Reuters)

US: More than 150 Iowa professors and climate researchers have signed on to a statement released Friday that says extreme weather patterns caused by climate change are affecting farming, and updated practices are needed to prevent soil erosion and adjust to the new reality. (Yahoo Finance)

Research: Australian researchers have developed the “first rigorous framework” on how to relocate animals displaced due to climate change. The study, conducted by academics from four Australian universities and the Commonwealth Scientific and Industrial Research Organisation (CSIRO), devised a formula on how to decide which species to relocate. (Guardian)

Report: Mongolia needs to spend up to $560 million per year between 2010 and 2050 to ensure its infrastructure can withstand severe weather conditions, a new report from the Asian Development Bank (ADB) says. (ADB)

UK: Dr Nigel Straw from the Forestry Commission says monitoring is key to organising a control to stop the spread of disease across England, Wales and Scotland which caused ash dieback in wild trees last year. The rise in global trade means pests that damage crops such as fungi, beetle and moths are now moving into new territories faster than other wildlife, aided by climate change. (BBC)