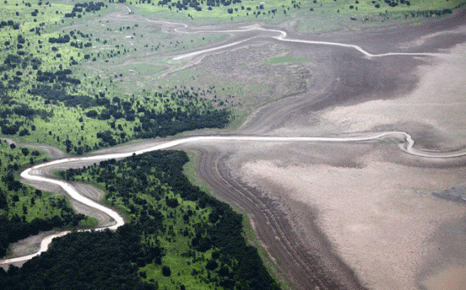 The Amazon is at a higher risk of decline due to stronger dry seasons in stark contrast to projections made by climate models used in the latest report by the Intergovernmental Panel on Climate Change (IPCC).

A new study by researchers from the University of Texas found that since 1979, the dry season in southern Amazonia has lasted about a week longer per decade.

“The dry season over the southern Amazon is already marginal for maintaining rainforest,” said Professor Rong Fu who led the team. “At some point, if it becomes too long, the rainforest will reach a tipping point.”

At the same time, the annual fire season has become longer. The researchers have said the most likely explanation for the lengthening dry season is global warming.

If severe enough, the loss of rainforest could cause the release of large volumes of carbon dioxide into the atmosphere. It could also disrupt plant and animal communities in one of the regions of highest biodiversity in the world.

Over 1.4 billion acres of dense forest make up the Amazon basin that is one of the world’s natural major carbon sinks producing over 20% of the world’s oxygen supply.

While three football fields of Amazon rainforest disappears every minute, a new species is discovered every 3 days @SkyRainforest @wwf_uk

In January, scientists at NASA said the drought rate in Amazonia during the past decade is unprecedented over the past century.

In addition to the two major droughts in 2005 and 2010, the area has experienced several localised mini-droughts in recent years.

Observations from the ground stations showed that rainfall over the southern Amazon rainforest declined by almost 3.2% per year in the period from 1970 and 1998.