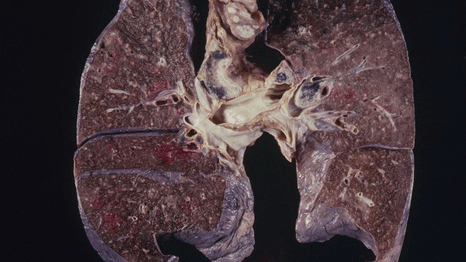 The WHO reclassified outdoor air pollution, already known to cause respiratory and heart diseases, as carcinogenic to humans.

The International Agency for Research on Cancer (IARC), the specialised cancer agency of the WHO, drew the conclusion from an independent review of over 1000 scientific papers. They found sufficient evidence to suggest that exposure to outdoor air pollution causes lung cancer, as well as a positive association with an increased risk of bladder cancer.

Although experts have evaluated many of the individual components of air pollution in the past, including diesel engine exhaust, solvents, metals and dusts, this is the first time that air pollution as a whole has been classified as a cause of cancer.

Although different regions have different levels of exposure, the results can be applied globally.

“Our task was to evaluate the air everyone breathes rather than focus on specific air pollutants,” explains Dr Dana Loomis of the IARC.

“The results from the reviewed studies point in the same direction: the risk of developing lung cancer is significantly increased in people exposed to air pollution.”

Over recent years, the exposure of people in some parts of the world to air pollution has increased significantly, particularly in densely population rapidly industrialising countries. In 2010, air pollution caused 223,000 deaths through lung cancer.

Earlier this week the European Environment Agency (EEA) reported that 90% of residents in European cities are exposed to pollutants that the WHO deems as harmful.

An analysis of all 33 member states revealed levels of particulate matter (PM) are especially high in Poland, Italy, Slovakia, Bulgaria and Balkan regions.

Cities in Latvia, Sweden and the United Kingdom also exceeded the daily limit value for PM10 particles, a common form of air pollution particle often created by burning fossil fuels and small enough to be inhaled by humans.

Air pollution in China has become an increasing source of public anger, which the government tried to assuage on Monday by announcing it would give US$816.91 million in rewards for attempting to curb the problem in the six regions where it is most serious.

“The air we breathe has become polluted with a mixture of cancer-causing substances,” says Dr Kurt Straif, also of the IARC.

“We now know that outdoor air pollution is not only a major risk to health in general, but also a leading environmental cause of cancer deaths.”