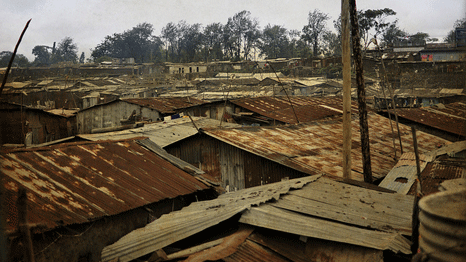 As more people move to cities, the world’s susceptibility to natural disasters is increasing, warns a new report from the Institute of Mechanical Engineers.

The gravitation of populations towards urban areas means less and less people are able to deal with extreme weather events, such as earthquakes, storms and floods.

Across the developing world, approximately 180,000 people move into urban landscapes every day, which are typically less resilient to natural disasters.

The report adds that 18% of these areas consist of ‘slums’, where populations are less capable of resisting and adapting to the impacts of extreme events, while three quarters of the world’s largest cities are on coastlines.

In addition to the greater number of people living in areas that are already less resilient, vulnerability is exacerbated by the expansion of these urban areas, as development leads to the destruction of natural barriers such as swamps, wetlands and mangroves.

Across the world, changes to ecosystems has led to a significant increase in floods and wildfires since the 1940s.

Dr Tim Fox, Head of Energy and Environment at the Institution of Mechanical Engineers, and lead author of the report, said: “Extreme natural events like earthquakes, storms and floods are not in and of themselves disasters.

“As was seen earlier this week in India with Cyclone Phailin, given adequate levels of preparedness and resilience many disasters could be avoided and lives and communities saved.

“The shift towards urban living means more people are locating on coasts, more of the land that historically protected communities from floods like wetlands and swamps has been removed thanks to inappropriate development, and there has been a substantial rise in the number of people living in informal settlements or city ‘slums’.

“This means more people are exposed to the risk of being involved in a natural disaster.”

But some of the worse impacts could be avoided if more funding is channelled towards building resilience in cities before extreme events strike, according to the report, rather than spending it on relief.

This approach would pay off, says the report, as every $1 spent on building resilience can save as much as $4 in the long run.

Advance action would also limit the risks posed to international markets by natural disasters, which are expected to increase as industry becomes increasingly globalised.

The Japanese tsunami in 2011, for instance, is predicted to have caused between $122 billion to $235 billion in economic damage, affecting supply chains in the technology and automotive industries.

The report also encourages the early involvement of engineers in the short term response plan to disasters, which will help to incorporate the foundations for eventual reconstruction and redevelopment.

A separate report from the Overseas Development Institute published on Wednesday warns that climate change is likely to cause more extreme weather events, and that these will increase poverty and undermine the progress so far made in tackling it.

It projects that, by 2030, up to 325 million extremely poor people will be living in the 49 most hazard-prone countries.