Head of exposure at Lloyd’s says ignoring IPCC report is not an option, calling on all regions to think about developing resilience 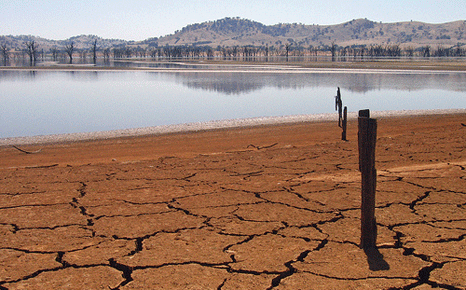 The head of exposure management at leading insurer Lloyd’s has slammed attempts to dismiss the latest UN climate science report, and says he’s unconvinced by claims the world is cooling.

“The sceptics are just trying to push the debate and they start at 1998, which was one of the hottest years on record,” says Trevor Maynard in a blog titled ‘Silencing the Sceptics‘.

“It’s a bit like someone breaks the world record for running 100 metres and then in the next ten races people say, ‘Runners are getting slower’.”

He added:  “In some parts of the world we expect there will be more flooding and drought and food shortages, we just don’t know where exactly. It means all regions need to think about becoming more resilient.”

The Intergovernmental Panel on Climate Change (IPCC)’s report published two weeks ago warned the world could warm 4°C by 2100.

It attributed a 15-year hiatus in significant temperature rises to a combination of factors, including the reflective powers of small particles in the atmosphere, natural climate variability and the role of the oceans in sucking up excess heat.

It also predicted sea levels are likely to rise higher than previously thought, while the Arctic could lose all its sea ice cover in the summer by 2050.

“Climate change acts as a ‘threat multiplier’,” said Maynard. “It doesn’t necessarily cause events to happen, but it does make them worse.”

The insurance industry has long warned of the potential impacts of climate change and related extreme weather events.

Estimates of the repair bill left by Hurricane Sandy in 2012 range between $50-100 billion, and prompted insurance payouts of $25 billion.

“We adopt a multidisciplinary approach, using and combining the pertinent experience and expertise of our scientists, specialist underwriters, lawyers, economists, sociologists and actuaries as appropriate for the risk situation,” he said.

This warning from Lloyd’s is the latest in the series of comments from business leaders over the impacts warming could have on industry and global supply chains.

On Monday Virgin chief Richard Branson called for “climate deniers to be called out”, calling for greater focus on the development of clean fuels.

Yesterday, Emma Cox from consultancy PwC said the financial industry needs to realise that climate change “is not just an environmental issue.”

“This is no longer just a debate about climate change. It’s one of securing recovery and sustaining growth for UK plc,” she said.

And last week the heads of the World Bank,  IMF and OCED all called for governments to develop more effective low carbon pathways.

“There is only one way forward: governments need to put together the optimal policy mix to eliminate emissions from fossil fuels in the second half of the century,” said the OECD’s Angel Gurria. “Cherry-picking a few easy measures will not do the trick.”