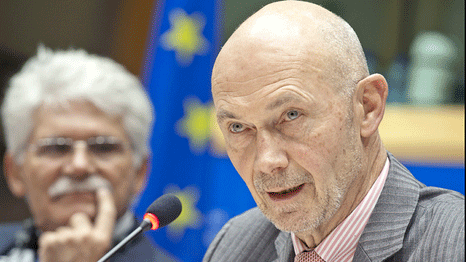 An influential group of global leaders have accused modern politics of displaying ‘short-termism’, preventing effective action from being taken on tackling climate change.

It is the product of a year-long process of research and debate on the successes and failures in tackling climate change in recent decades.

The report argues for ‘serious and urgent’ reform that will create a long-term vision for politics, breaking through the stagnation in politics. They say that this will encourage radical action to address the key challenges posed by climate change, as well as reducing economic inequality, improving corporate practices and addressing disease.

Launching the report Pascal Lamy said: “The ability to address today’s global challenges is undermined by the absence of a collective vision for society. We urge leaders to establish shared global values to protect the prospects for future generations.”

He continued: “20th century structures and institutions are poorly equipped for 21st century challenges. Many are organised along out of date geopolitical lines, where those with a diminishing stake retain disproportionate power. Many significant emerging powers are effectively shut out of key decisions. This must change to better reflect current and future needs.”

The group has put forward a number of proposals on how such reform can be initiated. One such suggestion is creating a powerful C20-C30-C40 coalition, comprising G20 countries, 30 companies, and 40 cities.

This group, they suggest, could be instrumental in accelerating action on climate change, establishing targets for initiatives such as energy efficient buildings and faster market penetration of efficient vehicles.

They also push the need to end discrimination against future generations by adjusting discounting methods to take account of uncertainties, risks and ethical implications for the long term, and suggest the establishment of ‘Worldstat’, a specialist agency to regulate misuse and improve data collection.

Professor Ian Goldin, Director of the Oxford Martin School, said: “Failure to address long-term issues exposes current generations to unacceptable instability and risk; it threatens our ability to build a sustainable, inclusive and resilient future for all.

“The Oxford Martin Commission analyses the issues, examines the lessons from past successes and failures, proposes a set of principles to overcome deep political and cultural divides, and provides practical recommendations for action on critical challenges.”