Development of biofuels must not clash with need for food security, says the Committee on World Food Security 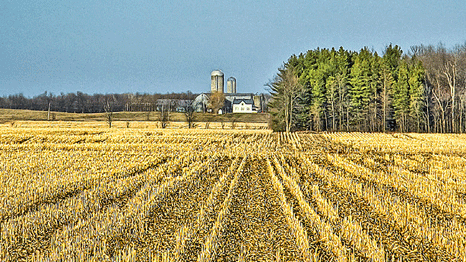 The UN has encouraged countries to review their biofuel policies to ensure they do not conflict with food security issues.

If biofuels, often seen as a sustainable alternative to fossil fuels, are to be used responsibly, then they must be developed in line with the “progressive realization of the right to adequate food for all”.

These are the conclusions of the Committee on World Food Security, an intergovernmental and multi-stakeholder platform for food security and nutrition, following a week of intense discussions including over 130 government delegations, 100 civil society and 50 private sector organisations.

“Governments and other appropriate stakeholders are encouraged to review biofuels policies – where applicable and if necessary – according to balanced science-based assessments of the opportunities and risks they may present for food security,” the Committee said.

Green campaigners have focused on biofuels as a means of reducing the amount of CO2 released into the atmosphere by fossil fuels, as they mainly consist of crops such as wheat, rapeseed, corn and sugar.

But, if they are not developed responsibly, biofuels can become a source of CO2 emissions themselves, as carbon sinks such as forest and peatland are converted into land for food and crops.

In September, the EU capped the use of crop-based biofuels used in ground transport at 6%, hoping to ease the competition on land and encourage the development of clean fuels from non-food sources.

This week’s meeting also highlighted that the importance of smallholder agriculture must be integrated into national policies, strategies and research.

Biofuel development, said the Committee, “should not compromise food security, and should especially consider women and smallholders.”

It noted that biofuels development encompassed “both opportunities and risks in economic, social and environmental aspects,” depending on the context and practices.

It added: “In some cases, current biofuel production creates competition between biofuel crops and food crops.”